There are no actual cultural performances in Bangkok, but there are all kinds of performances, Thai boxing, events that some can get excited about and of course the nightlife, which is still one of the city’s trump cards.

There are various performances in Bangkok, such as dance and traditional music, but they are not in huge demand among tourists, as in Bangkok, the mere way of life is one Show. If you want to see some kind of show, you should go to the travel agencies around Khao San Road, where you can get information about entertainment and also various shows.

Siam Niramit is in a remote location, and perhaps the best place to go is for a visit organized by a domestic travel agency, lodging, or local travel agency. The performances learn about the history of the country and are spectacular in every way.

Tickets for the performances cost 1500 to 2750 baht and may include a meal. Performances last one and a half hours, and a meal is usually enjoyed before the performance. However, due to the busy traffic, it is a bit difficult to get to the place. You can read about people’s experiences on TripAdvisor.

Another performance held is Calypso Cabaret. That, too, is in a remote location that’s hard to get to, but it’s a pretty well-liked show. The performances, which are two in the evening, are at 6 p.m. and 7:45 p.m. They take 70 minutes and are at their cheapest at 900 baht. The ticket can be booked on the website. 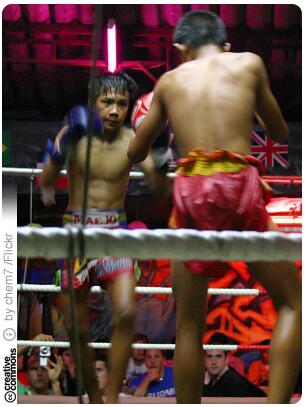 Muay Thay, or Thai boxing, known in English as “Thai Boxing,” is also a popular sport among tourists. This sport, which is also familiar from television, is common in Bangkok, and it is easy to go there to watch matches. The easiest way to get to them is to visit the travel agencies around Khao San Road and other travel agencies, and arrange a visit to the match. In this case, transportation is relevant. There are usually three types of tickets for matches, usually several in a couple of three hours, of which VIP tickets include free food and drinks. In Bangkok, matches start earlier than in many other cities, and they already exist from 4 to 6:30 p.m.

Rajadamnern Stadium, quite close to Khao San Road, is the number one venue for matches. There are sessions almost every night starting at 6.30pm, and tickets cost between 1000 and 2000 baht. There are usually 9 matches in one night.

New Lumpinee Boxing Stadium is in a more remote location, but a reasonable distance away for those staying around Pratunam, for example, or near Sukhumvit Makkasan Station. There are matches on Tue, Fri and Sat, and they start at 4pm or 6pm. Tickets usually cost 2,000 baht but through the website they can get 1,800 baht, and the noteworthy fact is that sessions usually last five hours.

Just at the beginning of the travel season, in fact just before that, Loi Krathong, held in November, during the full moon, is considered quite strenuous . Its timing varies from year to year, but it is usually in early November.

In early December, there will be royal festivities, the worst side of which is that they will close the river to traffic in a couple of days. These are usually during the second week of December, and on this day it is better to move elsewhere than on the riverbanks or in the area of ​​major attractions next to Banglamphu.

Chinese New Year is a time when it is not worth moving from one place to another but it is worth staying in their fields for a few days. It is scheduled for the end of January or the beginning of February, when some places may be closed but in general everything rotates fairly normally. Chinese New Year lasts about four days.

One of the worst times to be in Thailand is the Songkran festival time. Although in Thailand the year is officially changed at the turn of the year (2021 is 2564 in Thailand), the official New Year is only in April. As the time varies according to the movements of the moon, it is always a little different, but in the following years it is around mid-April. This is a very strenuous and in many ways dangerous time to be in Thailand, and not everyone likes constant, all-watering water wars, for example. On the backs of trucks and other vehicles, there are people with big cannons and water guns, and they water passers-by and anything that hits along the route. Someone might also, for fun, pour ice-cold water in from the shirt, someone else might come in and suddenly give a quick, free face painting, and someone might put some jerk in their mouth.

Holidays, the majority of which do not actually close places, can be viewed on Time and Data.