Zambia is the wild heart of Africa and a green oasis of national parks, which are fed by rivers and wetlands and attract a variety of animals. Elephants, lions, African wild dogs and hyenas are common and leopards rest on the shady branches of the trees.

In addition to classic safaris with off-road vehicles, Zambia is the home of walking safaris . The guides will show you how to track animals, spot birds, and discover the hidden world of insects as you walk through the bush. Of course, a visit to the world-famous Victoria Falls should not be missing on a trip to Zambia . The waterfalls on the border with Zimbabwe are a real highlight, especially in the rainy season.

Zambia has a subtropical climate and the weather is more determined by pronounced rainy and dry seasons than summer and winter.

The dry season lasts from May to October and is the best time to travel for game safaris with pleasantly mild daytime temperatures (although September and October get extremely hot).

The rainy season (December to April) is generally referred to as the “green season” as the bush is beautifully dense and lush green. However, this makes it difficult to observe wild animals, as the vegetation is so dense and many animals move away from the water sources in the dry season and hide. Also, when planning a safari vacation in Zambia, keep in mind that some lodges close during the rainy season due to flooding.

The best time to visit Victoria Falls is the end of the rainy season (March to May), when the Zambezi has the most water and the falls are most spectacular. Be prepared to get soaked from the kicked-up water.

If you travel during the dry season (especially October and November), there may be times when little or almost no water comes over the Zambian side of the falls. If so, you’ll have to cross the border into Zimbabwe to see the main falls. Certain activities such as white water rafting are only offered when the water is low, and this is also the best time to take a dip in the Devil’s Pool – a natural rock pool right on the edge of the falls.

The water masses of the Victoria Falls peak in March, which in turn stirs up huge water masses and makes it difficult to see the falls. Some camps are open and March is an excellent time of year for bird watching. The price-performance ratio of a trip is very good at this time. In April it slowly gets drier, but rain is still part of the usual weather.

As soon as the rain becomes less, more and more camps open. May is not a good time to travel for safaris, however, as the soil is soaked and makes it difficult to get ahead. In June the soil begins to dry up, which makes this month a great time to travel. The levels of the rivers are still high and the bush shines in bright colors. The camps have opened and offer excellent offers with pleasantly few other visitors.

With the beginning of July, Zambia shifted up a gear. Temperatures are rising, although it stays cool in the morning and evening. All camps in the national parks are open. South Luangwa National Park is the best option for safaris, Lower Zambezi National Park is recommended for river cruises and fishing, and if you’re looking for remote wilderness, Kafue National Park is your best bet. Victoria Falls is still spectacular without being overly wet. Unlike at the beginning of the year, not so much water creates fog that blocks the view.

Because of the hotter weather in August, safaris across the country are excellent. This is the main travel season for viewing wildlife and combining it with a trip to Victoria Falls.

September is a great time to go on a safari in Zambia. The high temperatures make the days pleasant and the water sources dry up, so that the animals gather at the rivers and water holes. The Victoria Falls are not as impressive as in the rainy months at the beginning of the year, but they can still impress. At this time, thousands of crimson bee-eaters nest on the riverbank. The heat increases through October and game viewing is best done early in the morning and later in the day to avoid the midday temperatures.

At the end of November, rains slowly set in, but only bothered to a limited extent. The towering thunderclouds that gradually emerge give an all the more dramatic picture. Due to the high temperatures, it can get muggy and some camps close. If you are lucky, you may see some young animals born during this time.

In December it rains regularly, the rivers rise and the bush becomes thicker and more colorful again. This is an excellent time to visit if the odd rain shower doesn’t put you off.

Camps, hotels and lodges designed for overseas visitors offer very international cuisine and the quality of the food prepared in the most remote bush camps is often excellent.

Native Zambian cuisine is based on Nshima, a cooked porridge made from ground corn. For breakfast it usually has a thinner consistency, for lunch and dinner it is then eaten thicker (comparable to mashed potatoes). A delicious relish (seasoning sauce) is usually served with main meals, for example made from meat with tomatoes or dried fish. You should definitely try this at some point during your visit. Often there are only three dishes on the menu: Nshima and chicken, Nshima and beef / pork and Nshima and fish.

At night it gets coldest at 7 ° C in July. The thermometer rarely falls below 18 ° C in December. While the nights in summer are averaging a mild 9 ° C, the thermometer drops to a warm 17 ° C at night between November and March. The temperature averages 13.6 ° C at night all year round.

With 13 rainy days, January and December are the rainiest months of the year. From June to September, Zambia is extremely dry with an average of only around 0 rainy days, the winter (November to March) is relatively humid with 11 rainy days. An annual average of 5.0 days of rain falls per month.

The official language is English, although more than 72 different languages ​​and dialects are spoken in Zambia.

According to thereligionfaqs, the currency of Zambia is the Zambian Kwacha (Kw). The current exchange rate is € 1 = 16 Kw. Hotels and lodges accept payments for food and beverages either in US dollars (which they prefer) or in Kwacha. Due to a spate of counterfeiting, no one in Zambia, including banks, accepts $ 100 worth of banknotes. Therefore, it is best to carry smaller bills with you. Major credit cards are accepted in almost all major hotels, shops and restaurants. American Express is the most widely accepted, Visa and MasterCard only to a limited extent.

Conservative casual wear is generally acceptable everywhere. Avoid particularly flashy clothing as it can be considered offensive and inappropriate. Don’t take photos of people without asking for their permission. Photography at airports and in military facilities is not permitted. 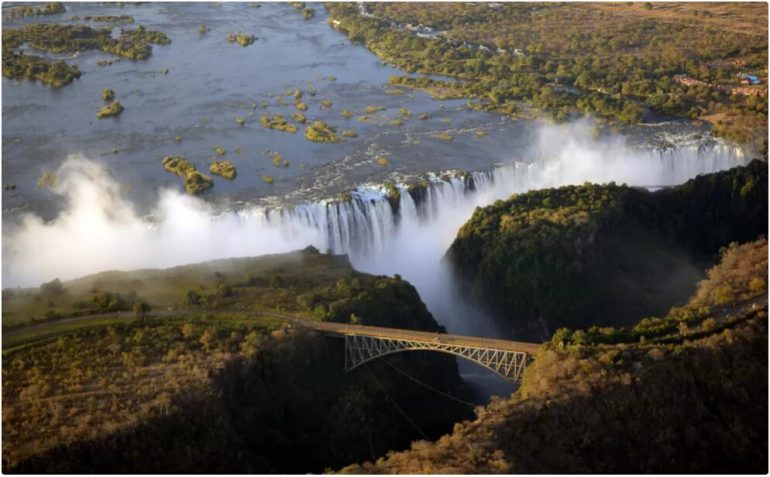