The last twenty years of Brazilian literature offer a very varied and rich picture. The intellectual generations of modern Brazil each seem to discover the reality of their own land and tradition from scratch. But the cultural and artistic flourishing of recent years and the more severe conception of national unity and its popular truth now authorize a clear and precise vision of the artistic and literary movement in Brazil. The romantic tradition itself has been re-evaluated according to this criterion. The most representative figures of the romantic movement of modern Brazilian literature are: on the one hand Castro Alves, the poet of the social struggle at its beginnings and, on the other, Machado de Assis, discoverer – with Aluizio Azevedo, José de Alençar, Raul Pompeia, Lima Barreto – “of a Brazilian language”, of a true expressive language. Starting from these considerations, the most recent moments in literature can be evaluated. The “modernist” movement, which arose around 1922, under the influence of the various “privileged elites and attentive to European things out of snobbery, it was an invented language that corresponded neither to the Portuguese of Portugal (which is written only by academics of all time), nor to the mixed language spoken by the Brazilian people. For Brazil 1999, please check estatelearning.com.

The first modernist movement then split into two currents, one called pau – Brasil (whose manifesto was drafted by Oswald de Andrade) which claimed a kind of primitivism in opposition to the other (the Verde – Arela) whose manifesto was written by Menotti del Picchia with a consciously national accent. In 1927 the other one, called “spiritualist” by Tristão de Athayde, was opposed to the modernist current, whose organ was the Festa magazine edited in Rio de Janeiro. On the other hand, the Revista was launched in Minas Geraes in 1925with which the new voice of Drummond de Andrade entered the literary scene. Augusto Frederico Schmidt reacted more clearly to the modernist current, who, after passing through that current, opposed any anecdotal or picturesque tendency, with a tone of profound and desperate seriousness.

From 1922 until after 1930, Brazil went through a period of profound social upheaval. It was in 1930 that the so-called modern literature of Brazil arose, a movement that established itself above all in the novel and in sociological and historical non-fiction. These new writers (the so-called “romantic realists”) conquered a large audience, in Brazil and throughout Spanish America, created the profession of the previously non-existent writer and gave universal character to Brazilian literature precisely because they created a kind of intimate portrait of Brazil. This renewal also extended to the language, which became more faithful to the spoken language.

The first book of this literary cycle was A Bagaceira, 1928, by José Americo de Almeida. It was followed by: O Quinze, 1930, by Raquel de Queiroz; Cacau, 1933, by Jorge Amado, and Menino de Engenho, 1932, by José Lins do Rêgo. These works broke the false tradition of the Brazilian rural novel, which presented life in the fields in an idyllic and happy way and entered the real life of the countryside and cities. Today, these and other narrators have overcome the excessively documentary phase of the story by resolving their emotions and observations in original ways. Noteworthy, on this line: Graciliano Ramos, Vidas secas, 1938; Jorge Amado, Seara Vermelha, 1945; Érico Veríssimo, O rest is silencio, 1944; José Geraldo Vieira, A Tunica and os Dados ; Dionelio Machado, Passos perdidos ; João Cordeiro (died 1938), Corja ; Amando Fontes, Rua do Siriri, 1935; Cordeiro de Andrade (died 1943), Cassacos ; etc. In opposition to this “realist” movement, a type of psychological narrative is emerging and determined. The most important figures of this trend are: Octavio de Faria, who published, in the manner of Jules Romains, a cycle of novels (6 volumes, up to 1948) with the title A tragedy burgueza ; and Lucio Cardoso, author of Salgueiro, 1935. 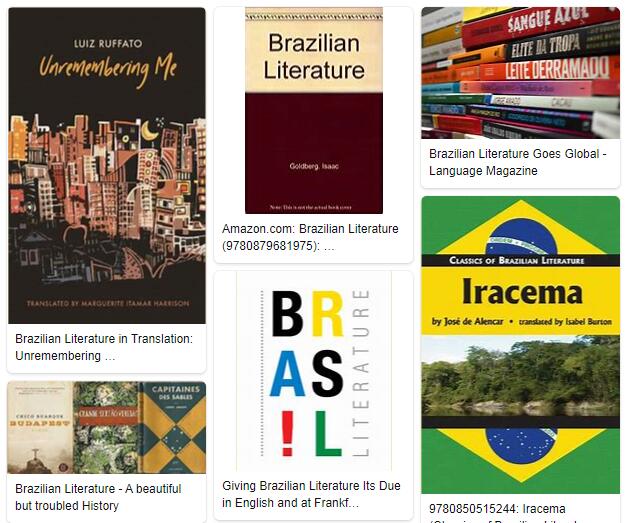