Due to its arid climate, large parts of Namibia were largely deserted until the middle of the 19th century. Even today, Namibia is still the second most sparsely populated country in the world with around 2.5 U / sq km. The population in pre-colonial times can only be roughly estimated. The first systematic census in 1970 showed a total population of about 760,000.

According to data from the National Planning Commission and the Namibia Statistics Agency (NSA), earlier (certainly less reliable) censuses came to the following results: 228,910 people in 1921, 362,460 in 1936 and 439,080 in 1951 (source: Republic of Namibia, National Planning Commission (NPC) (2012): Namibia 2011 Population and Housing Census – Preliminary Results. NPC, Windhoek.)

On the basis of these historical census data and the population growth rates that can be calculated from them, it can be calculated that in what is now Namibia before the beginning of the colonial era (i.e. before 1884), probably significantly fewer than 200,000 people lived. This would correspond to an extremely low population density of less than 0.25 U / sqkm. An important unknown quantity in such backward-looking extrapolations of the population for the period before 1921 is the number of Hereros and Namas who died in the so-called “Herero War” between 1904 and 1907. There are very different statements about this in the literature (more information on this in the section “German Colonial Era”).

Archaeological finds show that despite the extremely sparse population, people lived in Namibia around 25,000 years ago, albeit in a more favorable climate at the time because it was more humid. The rock paintings of Twyfelfontein in Damaraland (see video) are dated to an age of 2,000 to 6,000 years. Twyfelfontein was declared a UNESCO World Heritage Site in June 2007. A detailed chronological presentation of the history of Namibia from the earliest beginnings to the present day is given on the Internet pages of South African History Online.

Research results from Klimm, Schneider and von Hatten showed that Bushmen (also known as ‘San’) had settled large parts of Namibia as hunters and gatherers for more than 1,500 years. They were later followed by other khoisan-speaking peoples (Damara in the north, Nama in the south). It was not until much later, around the beginning of the 18th century, that the Ovambo migrated from the north, which today make up the majority of the population with around 50%, and the Herero immigrated to Namibia. (Source: Klimm, Ernst, Schneider, Karl-Günther, von Hatten, Sigrid (1994): Das Südliche Afrika. II. Namibia – Botswana. Scientific Country Customers, Volume 39, Darmstadt.) A good overview of the population flows coming from the south to 1900 gives the Country Profile Namibia of the African Democracy Encyclopaedia Project.

According to computerannals, the ‘discovery’ of Namibia by Europeans goes back to the Portuguese navigator and explorer Diogo Cão, who was the first European to go ashore in 1485 at Cape Cross, about 130 km north of Swakopmund, and who inaugurated the land for Portugal by erecting a stone cross Took possession. However, Portugal apparently had no great interest in the desolate and economically seemingly useless coastal strip, because as a result there were no further colonization measures.

Centuries later, Germany, another nation, became interested in the remote area, although this was initially just a private initiative of the Bremen businessman Adolf Lüderitz. With the hoisting of the German flag in Lüderitz Bay on May 12, 1883 and the declaration of a German protected area on April 24, 1884, Namibia became a de facto German colony.

At the Berlin Africa Conference in 1884/85, in which the European powers staked out their areas of influence overseas, what was then South West Africa was added to the German Empire. In the following 20 years, large parts of central and southern Namibia were gradually taken over by German settlers. This process was organized and supported by the German Colonial Society for South West Africa, founded in 1885. This brought immigrants from Germany to Namibia and sold or leased large parts of the country south of the 20th parallel to these settlers as commercial farms for extensive cattle breeding.

The war was sparked by Herero raids on farms in the Okahandja area. The German Schutztruppe intervened immediately to protect the German settlers, but were clearly outnumbered by the Herero and therefore suffered heavy losses at first. Only when the protection force received well-equipped military reinforcements from Germany did the Herero become more and more on the defensive. The war was decided by the Battle of Waterberg on August 11, 1904. The defeated Herero and their families withdrew to the arid Omaheke area in eastern Namibia, where the majority of them perished as a result of hunger and thirst. 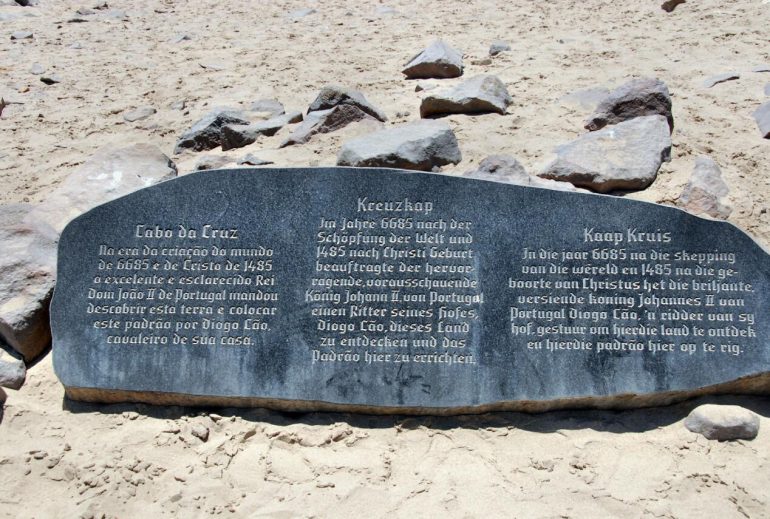