On March 21, 2015 Namibia celebrated its 25th Independence Day. At the same time, President Hifikepunye Pohamba passed power to his successor, Dr. Hage Geingob. He is the first President of Namibia who does not belong to the Owambo ethnic group, which, with almost 50%, is by far the largest population group in Namibia. Not least for this reason, the new president has filled the three next highest government offices exclusively with Owambo, two of them with women:

Overall comprised the new cabinet 25 (!) Ministries (for about 2.3 million residents), including four completely new and seven renamed ministries. The reactions to the announcement of the new cabinet were mixed. On the one hand, numerous comments welcomed the fact that the partly new names of the ministries and the design of their portfolios correspond better than before to Namibia’s political and social priorities for action. On the other hand, the cabinet, which was significantly enlarged by additional ministries and additional positions, was criticized as being oversized and too expensive. (For comparison: Germany has only 14 federal ministries and 82.5 million residents!) The fact that the three next highest offices were filled exclusively by Owambo politicians has also met with criticism, especially from the opposition.

In November 2015, SWAPO will also have regional and local elections also won by an overwhelming majority. It received the most votes in 112 of the 121 constituencies, which corresponds to a rate of 92.6%. In 26 of the 121 constituencies, the result was certain from the start, as the opposition parties had not even nominated a candidate. With this result, SWAPO (actually) achieved 42 and thus 100% of all seats in the National Council. The function of the National Council is comparable to that of the Bundesrat in Germany. Each of the now 14 regions sends three representatives to the National Council. In favor of the opposition (!) The SWAPO waived two of the 42 seats it was actually entitled to and gave one seat each to the NUDO (National Unity Democratic Organization) and the DTA (Democratic Gym Alliance)

With over 80% of all seats in the National Assembly (parliament) and 40 out of 42 seats in the National Council, Namibia has become even more of a de-facto one-party state. In contrast to other African countries, however, this situation is democratically legitimized in Namibia through free elections and thus apparently corresponds to the preference of the majority of the Namibian population.

According to ehealthfacts, the new Namibian government has absolutely fantastic framework conditions for the executive to work effectively. In principle it can – fully democratically legitimized – operate and act as it wishes. Even laws that require a two-thirds majority, such as amendments to the constitution, would be formally not a problem.

In any case, it is clear that Hage Geingob interprets his office as president quite differently, namely clearly more ‘offensive’, more active and more action-oriented than his rather cautious predecessor Hifikepunye Pohamba did. Shortly after taking office, Geingob set some clear exclamation marks, for example through the so-called ‘ Harambee Prosperity Plan ‘, with which he wants to extensively ‘renovate’ the ‘Namibian House’ (in which every Namibian should have a place).

(Note: “Harambee” is a Swahili word that means something like “let’s pull together in the same direction”. The expression “the Namibian House” in which “nobody should feel left out “, on the other hand, serves as a metaphor for the effort to unite the entire population behind the president and his government in order to tackle the country’s important problems (such as fighting poverty) together.

Geingob is consciously setting the Harambee Prosperity Plan in the tradition of its two predecessors:

“The HARAMBEE PROSPERITY PLAN (HPP) is constructed around the Namibian narrative. It acknowledges that we are not starting afresh, but that we must continue with the construct of an inclusive Namibian House, built on a solid foundation of peace and stability. We are unified by our national identity and stand united in Cause, to usher Namibia into the epoch of Prosperity. ”

Only a little further follows in the same document the connection of the Harambee Prosperity Plan with the concept of the ‘Namibian House’:

“I am acutely aware of the burning desire of the Namibian people to inhabit a Namibian House where there is no poverty. Namibians want a house where everyone feels a sense of belonging, where everyone is presented with a fair opportunity to prosper in an inclusive manner and by so doing, ensure that no one feels left out. ”

At the end of his foreword to the Harambee Prosperity Plan, Hage Geingob sums up his ‘Master Plan’ for his first term of office quite clearly:

“What is required is an understanding that it is no longer“ business as usual. ” We are not only required to act with more urgency to reform processes, we are also required to reform our minds and attitudes and pull in the same direction. A new culture of efficiency and accountability is critical to foster the change we wish to see.

Some of the key outcomes we would like to see pending successful implementation of this plan include:

These short excerpts from the HPP clearly show that Geingob sees himself as a ‘doer’ and they can also be understood as a clear warning to his not particularly efficient government apparatus to implement his plans quickly, efficiently and competently.

As expected, there are naturally quite different opinions about the interim results of the new government after President Geingob’s term of office of around three and a half years (as of September 2018). A first interim assessment of the work of the new government under President Hage Geingob after nine months in office, written by the political scientist (and SWAPO member) Dr. Henning Melber, came to a very critical judgment. According to Melber, the president had not achieved the promised change of course and essential policy goals (after nine months) and made no significant progress along the way. The SWAPO takes a different nature, not only in relation to the past months and years, but also in general. SWAPO claims to have achieved at least 70% of its most important policy goals over the almost 27 years of government.

De facto, the new government’s previous balance sheet now looks rather mixed for three and a half years, although this should not be blamed on the president alone. Despite an overwhelming majority in both houses of the legislature, a president is not all-powerful. A major problem seems to be a lack of competence and a lack of will at the implementation levels, i.e. in the various ministries and state-owned institutions.

Geingob also had to (at least so far) take political (and ethnic) sensitivities into account. As a result of this, when the government was formed, not every top position was filled with the most technically qualified person. Hage Geingob therefore – knowing full well that at least some of the ministers and vice ministers in his cabinet were (or had to be) appointed according to political and internal party criteria rather than expertise – a small group of top-class advisors around him shortly after taking office gathered, which Geingob himself describes as his ‘A-Team’.

These consultants, who are mainly recruited from the private sector or the ‘Parastatals’ (state-owned companies / institutions such as NamDeb, NSA and NBC) and do not have their own ministerial portfolio, form a kind of ‘kitchen cabinet’ or personal ‘think tank’ ‘of the President. This advisory group is a thorn in the side of some top political officials (and to some extent also the public), not least because of the rather high remuneration, which in some cases is well above the ministerial salaries. 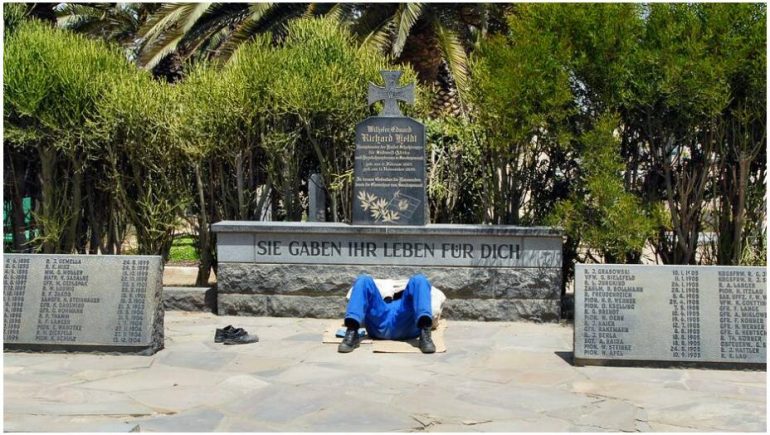