In the secondary sector, the as yet unexploited economic potential is only very small. In view of the dynamic economic development in countries such as India, China, South Korea or Brazil, Namibia will find it difficult to build up processing industries that are competitive on the world market and whose complexity goes beyond the current product range of canned meat and fish, beer and cement.

For the development of traditional industries with high added value (e.g. electronics, mechanical engineering, chemistry / pharmaceuticals etc.) the country lacks almost all the prerequisites: the know-how and the necessary ‘critical mass’ of local experience, networks and infrastructure that Skilled workers and research capacities as well as the necessary entrepreneurial culture and the necessary capital. There are smaller product niches, for example in the field of ethno-cosmetics / ethno-pharmaceuticals, but these will neither make a significant contribution to the country’s economic performance in the future, nor can such niche products create jobs on a large scale.

At regular intervals, politicians, but also many (self-appointed) experts, demand that the country’s mineral resources be refined before export, in order to keep a higher proportion of the added value in their own country and generate higher export income. At first glance, this requirement, which is quite understandable, turns out to be unrealistic on closer inspection.

According to programingplease, Robin Sherbourne, one of Namibia’s leading economists, presented all Namibian mineral resources and their (theoretical) refinement possibilities in a lecture and came to the conclusion that the potential for further processing is extremely limited for a number of reasons. It doesn’t matter whether you look at uranium and diamonds (the two main export products in mining), gold, zinc and copper, or other minerals that are mined in smaller quantities.

The desired additional added value through on-site processing usually fails due to several of the following problems:

For example, the refinement of uranium oxide into fuel rods, which is often encouraged, remains wishful thinking not inadequately informed politicians. The same applies to the further processing of gold (gold melt) or other metals. Even the processing of rough diamonds in the country has only limited potential, despite all efforts to grind some of the diamonds on site and also process them into jewelry. In particular, some politicians in Namibia fail to recognize and underestimate the fact that in many cases a long-standing tradition and a correspondingly historically ‘grown’ environment and know-how are far more important than the production of the raw material to build a manufacturing industry that is competitive on the world market.

For example, the jewelry industry, as it exists in the Pforzheim area or in Switzerland (watches), has gradually developed over many decades and is just as unstable as the know-how of highly specialized uranium processing companies, IT -Industry of the Silicon Valley or the German mechanical engineering and automotive industries. Other countries have the important advantage of a long tradition here and can simply offer such products and services better and cheaper. It is therefore very unlikely that Namibia will ever catch up in these areas.

In the tertiary sector, in addition to the further expansion of tourism, the logistics sector in particular still offers development potential. The strategic location advantage of Walvis Bay as an import and export hub for the handling of goods in the ‘land-locked’ neighboring countries (Zambia, Zimbabwe, Botswana) has been systematically expanded for a long time, and the Walvis Bay Corridor Group (WBCG) founded for this purpose aggressively and professionally marketed. Through this consistent further development and good management, Walvis Bay has developed into one of the best and most efficient ports in all of Africa.

Shorter transport times (than, for example, to Cape Town and Durban) for freight from and to Europe and the USA, short handling times (12-15 hours for container ships, 24-48 hours for bulk carriers), the establishment of so-called ‘dry ports’ for neighboring countries (areas for duty-free intermediate storage) and a well-developed road connection to the African hinterland (via the Trans-Caprivi and Trans-Kalahari Highway) make the port an extremely competitive logistic hub for the whole of southern Africa. Walvis Bay Harbor has increased its cargo throughput regularly by approx. 10 – 12% in recent years. The biggest remaining obstacle to an even faster and more efficient transport of goods to and from Zambia, Zimbabwe and Botswana are currently the still very time-consuming border formalities.

The tourism sector also certainly offers further potential, although certain tendencies towards saturation are now unmistakable. Some of the country’s main attractions, such as Etoschapark, Sossuvlei, or Swakopmund, are now experiencing a mass rush at certain times of the year that makes people think and reaches the limits of what is acceptable. On the other hand, there are now so numerous accommodation options (lodges, hotels, guest farms) that it is becoming increasingly difficult to achieve the economically necessary minimum occupancy of these accommodations. (In the meantime, the national and annual average is well below 50%. Any further expansion of the lodge or hotel capacities must therefore be expected to be at the expense of other, already existing accommodation options. The situation is similar in other service areas (e.g. rental of camper vans, etc.). Here too, saturation seems to be soon reached. 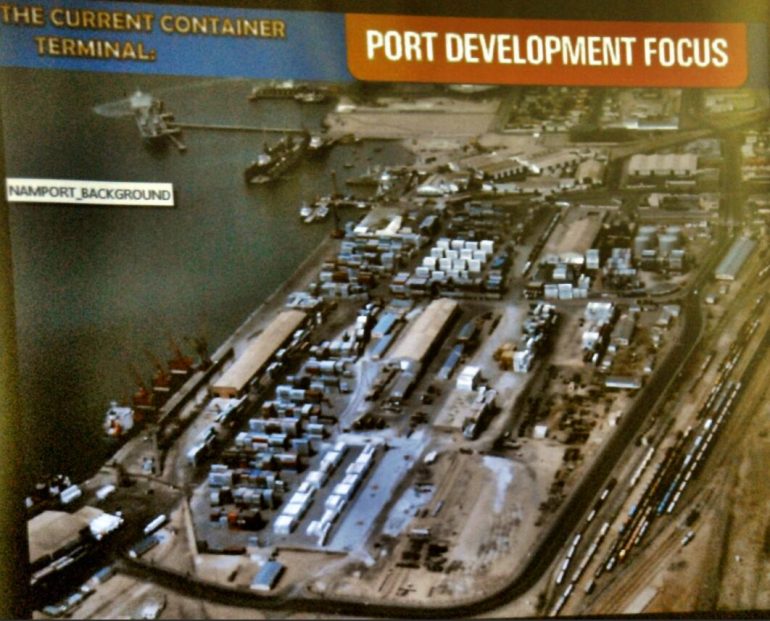