According to itypejob, there are many churches of different denominations and faiths in Windhoek. One of the landmarks of German history is the famous Christ Church above the city center. The Sunday services take place in the various churches of Windhoek at slightly different times, sometimes several times a day. Despite the very small number of Muslims, there is also a mosque in Windhoek; it is located in Klein-Windhoek at the intersection of Nelson-Mandela-Avenue and Bergstrasse. (Appropriately directly across from the famous ‘Embassy Bottlestore’, one of the largest and best-stocked liquor stores in Windhoek!)

In the Namibian school system there are considerable differences in quality between the state schools, the majority of which have a bad reputation, and the private schools, most of which need not shy away from comparison with good schools in Germany or other European countries. Below is a brief overview of the various educational institutions in Namibia.

The ‘flagship’ of the German-speaking schools in Namibia is the DHPS, the German higher private school in Windhoek. The DHPS, at which the students can also take the German Abitur, has an important function as a center of German identity and German culture in Namibia in addition to its actual function as a school. The vast majority of Namibians of German origin went to school at the DHPS at some point and the annual DHPS school festival has a fixed place in their annual calendar for the alumni. The importance of the DHPS for the ‘Germans’ in Namibians goes far beyond its role as a school.

In addition to the DHPS, there are various other renowned private schools in Windhoek, such as St. Paul’s College (in English, often one of the best three schools in Namibia in rankings), the Delta School Windhoek (formerly the German School Windhoek), Windhoek High School, Windhoek International School etc. In all private schools attending school costs a considerable amount (eg DHPS for expatriate children between approx. € 4,000 – 6,000 per year). The websites of the individual schools provide current information.

There are German schools not only in the capital Windhoek, but also in Swakopmund, Otjiwarongo, Omaruru, Otavi and Grootfontein. There are a total of ten schools in Namibia with German as the language of instruction with a total of around 3800 students. These German schools have joined forces in the “Working and Funding Association of German Schools in Namibia” (AGDS). Most of these German schools, however, only cover the lower grades, so that the students switch to the DHPS in Windhoek from grade 10 at the latest, in order to spend the last years of school there and take the matriculation and / or the German Abitur.

The tertiary education sector in Namibia is primarily provided by the University of Namibia (UNAM) with around 20,000 students (2018) and the Namibia University of Science and Technology (NUST) (formerly Polytechnic of Namibia (PoN)) with around 13,000 students (2018)) covered. (For more information on tertiary education, see page “Society: Education and the education system.) 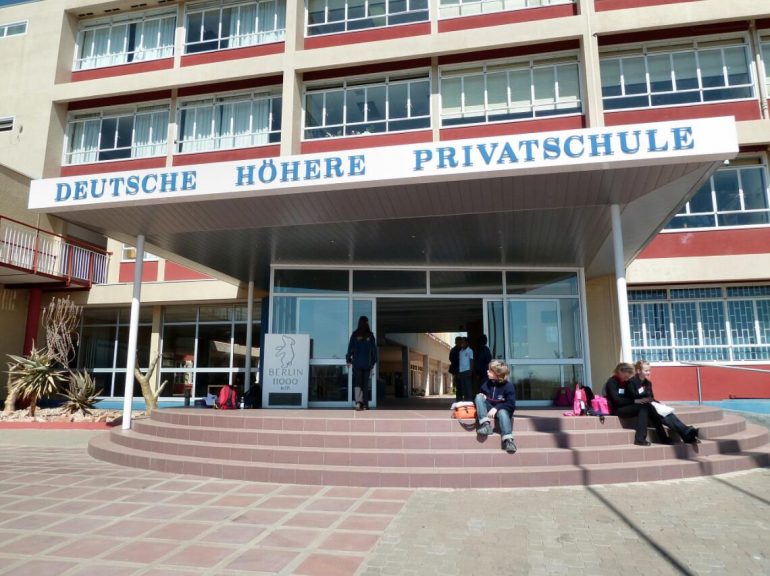 Mobile networks are offered by MTC Namibia and TN Mobile Namibia, which took over the formerly independent mobile operator LEO Namibia in 2013. MTC is the market leader in Namibia and has the best network coverage. SIM cards can be purchased as so-called “starter sets” in any supermarket for a few N $ without a contract and activated immediately. Mobile phone contracts are possible in Namibia, but they are much less common than in Germany, for example.

Cell phones, which are known as ‘Cell Phones’ or ‘Mobile Phones’ in Namibia, therefore usually work with prepaid phone credit that must be purchased and activated in advance. The necessary ‘airtime’ (telephone time credit) can be bought in different denominations (from N $ 5 to N $ 180 per card) in almost all shops and petrol stations. To top up, a numeric code must be sent as an SMS to the national telephone number “132” (in the case of MTC). The amount of the credit is then confirmed within a few seconds by an SMS from the network provider. The use of German SIM cards is possible in Namibia via roaming, but not recommended because of the enormous roaming costs.

Due to the size of the country and the low population density, large parts of the country are not covered by the cellular networks, although the coverage depends considerably on the relief. In all larger towns and in a small area around these towns there is usually reception. This also applies along large parts of the main connecting roads (such as the B1 and B2). For trips to very remote areas, you should take a satellite phone with you in case of emergencies. Satellite telephones can be borrowed at the airport and from numerous car rental companies for around N $ 150 to 200 per day (plus any call charges).

The expansion of the data transmission network enjoys high political priority in Namibia, and the data transmission infrastructure is being expanded and improved accordingly. Some time ago, Namibia was connected to a new fiber optic submarine cable, which is intended to significantly improve the available network bandwidth and transmission speeds. In the larger towns there are now DSL connections, whereby – depending on the contract – different speeds can be achieved.

Overall, the costs for mobile communications and Internet in Namibia are significantly higher than in Germany. This is due, on the one hand, to the relatively high expansion costs (due to the low population density) and, on the other hand, to the low competitive pressure – with only two providers. There are both flat rate and volume tariffs for internet tariffs. (Price example: The MTC volume tariff Netman Home 4G with 20 GB and 100 Mbps currently costs N $ 599 (approx. € 42) per month, a flat rate with 100 Mbps also costs N $ 1069 (approx. € 65).