Form and structure of the state, constitution, separation of powers

The Namibian constitution was drawn up in a relatively short period of time in a cross-party discussion process and passed by the constituent assembly on November 9, 1990, just under eight months after the country became independent. Namibia’s constitution is considered one of the best and most modern in the world. In no fewer than 21 articles (Articles 5 to 25) it lays down a comprehensive protection of the individual and his civil rights and freedoms.

According to estatelearning, Namibia is a parliamentary democracy with a two-chamber system and (at least formally) a division of powers into executive, legislative and judicial branches. Unlike Germany, Namibia is a presidential republic. The ‘strong man’ in the state is the president who is directly elected by the people. Similar to the USA or France, the President of Namibia also has very far-reaching executive powers according to Chapter 5, Article 27 and Article 32:

“Article 27 Head of State and Government

(1) The President shall be the Head of State and of the Government and the Commander-in-Chief of the Defense Force.

(2) The executive power of the Republic of Namibia shall vest in the President and the Cabinet.

(3) Except as may be otherwise provided in this Constitution or by law, the President shall in the exercise of his or her functions be obliged to act in consultation with the Cabinet.

The competencies of the President as defined in Article 32 give him a power that goes well beyond that of a German Chancellor. Article 31 also gives the President-elect largely immunity from any form of criminal prosecution.

In addition to enlarging parliament, the constitutional amendment also resolved to create additional positions in the executive branch. So there is now the new position of Vice-President (Vice-President) and the Prime Minister (Prime Minister) got a deputy (Vice-Prime Minister).

The National Council consisted until 2014 of two representatives of the (former) 13 administrative regions of Namibia which will be led by its Regional Council. Due to the division of the Kavango Region into Kavango-West and Kavango-East in 2014, there are now 14 regions and due to the constitutional amendment of September 2014, each of these 14 regions now has three instead of two members in the National Council, which in future will now consist of a total of 42 Members are elected by the regional councils for six years.

The political weight of the Regional Councils is relatively weak as a result of Namibia’s still relatively low level of decentralization, but also as a result of its own low budget. The ‘music’ continues to play in the capital and makes the regional councils more executive organs of central government than independent centers of power. As in other countries, there is also a local administrative level below the central government and the 14 regional governments. In Namibia this consists of 50 local administrative units (local authorities). According to a compilation based on the 2011 census, these are divided into 13 municipal councils, 24 town councils and 13 village councils.

Aside from the overwhelming majority in parliament, SWAPO naturally also dominates the National Council. The constitutional separation of powers into executive, legislative and judicial branches only functions to a limited extent in Namibia. This is due, on the one hand, to the overwhelming parliamentary majority in SWAPO and, on the other hand, to the relatively small number of members of parliament (in relation to the size of the cabinet).

Despite this abundance of power, however, the government has so far (largely) resisted the temptation to exploit the majority structure in order to change the constitutionchange the rules of the game even further to their advantage Even the scope for action within the existing constitution has been used rather cautiously so far. For example, Article 16, Paragraph 2 of the Constitution, which in principle allows land expropriation “in the public interest”, has hardly been applied so far. The fact that the third force of a modern democracy (i.e. the judiciary), unlike the legislature, acts quite independently of the government also contributes to this ‘policy of the steady hand’. There are numerous examples where the courts have also passed judgments against the government and its institutions, for example against the Ministry of Home Affairs, which was forced by court order to release numerous foreigners with unclear entry status from prison or with the so-called Caprivi Processes.

What is astonishing and very gratifying for the political climate is the openness with which existing grievances in the country are addressed and criticized, both in parliament and in public speeches and statements by high-ranking members of the government. In the past, not only the president and prime minister, but also various specialist ministers themselves have repeatedly taken the offensive and publicly denounced abuses such as corruption, a lack of commitment and inefficiency in public administration. They also do not shy away from harsh criticism of grievances in their own ministries and in state-owned companies and institutions (for more on this see also section “Corruption”). 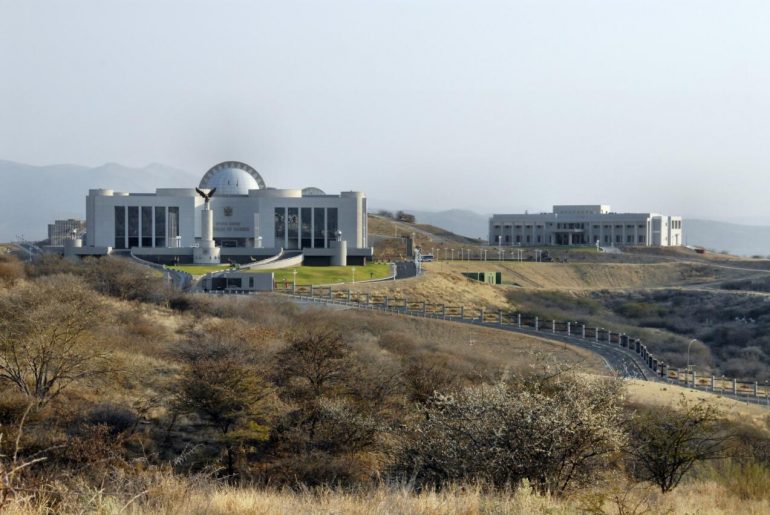