Newcomers to Windhoek are often quite unsettled at first. In the ‘better’ residential areas of Windhoek, all residential buildings and especially the townhouse complexes seem to be secured like the proverbial Fort Knox in the USA. Numerous security measures shape the first impression and give newcomers the feeling of being in an extremely dangerous city:

As the US Bureau of Diplomatic Security’s 2018 Security Report shows, this first impression is not unfounded, but somewhat excessive. It is true that Namibia is not as safe as tourism advertising would like to lead you to believe. Burglaries are commonplace in Windhoek, but also in other cities in Namibia, and the same applies to car break-ins. If you leave only the slightest of value (visible) in your car, you have to expect that you will find your car with the window smashed on your return. Even in guarded parking lots and in the ‘good’ residential areas, you should not leave anything open in the car interior (and especially no laptops and bags).

Anyone who lives and works in Namibia for a long time will be able to name numerous colleagues and acquaintances who have been victims of home and car break-ins or robberies. That is a shame and reduces the otherwise extremely high quality of life in Namibia, but unfortunately it corresponds to reality. In Namibia you can unfortunately not – as you are used to in Europe – walk carefree at any time and anywhere.

According to simplyyellowpages, tourists and newcomers in particular are attacked again and again (especially in the evening and at night), but locals can also become victims of violent crimes. The ‘classic’ of raids on tourists are tourist couples or small groups of tourists who walk from their guesthouse to Joe’s Beerhouse in the evening or later walk back from there. It is similarly dangerous to get out of the car at certain vantage points (e.g. at the water tower on the mountain behind the Ink Palace) or to walk alone on the Aloe Trail in Klein-Windhoek.

The police can only stop this activity to a limited extent. In particular, the increasing number of break-ins (over 1,700 in Windhoek alone between January and August 2016) has led to the formation of so-called ‘neighborhood watch’ organizations in many parts of the city in recent years. They regularly patrol the respective districts, especially at night.

However, it is not a ‘vigilante group’ that is now taking the law into its own hands and hunting down criminals. Rather, it is about continuously (and especially at night) showing presence in the district through regular patrols in order to deter potential intruders. The neighborhood watches are well networked with each other as well as with the local police and the security service G4S. If something suspicious is observed, the police and G4S are notified, and they can be there in a few minutes.

So security measures and reasonable caution are justified. On the other hand, luckily in Namibia crime has (not yet) reached the stage it has in South Africa, Kenya and many other African countries. In the vast majority of cases, it is about property crimes. Criminals usually ‘only’ want money and valuables, but of course serious violent crimes also occur again and again.

As in other countries, you can minimize your own risk by taking appropriate measures and behaviors so that you don’t have to feel unsafe in Namibia. So you should pay attention to that when choosing a house or residential complex

Houses that are in a dead end and are surrounded on all sides by other houses are considered to be less at risk. In the car you should show demonstratively by opening the glove compartment that there is nothing to be picked up in this car. In addition, if at all possible, you should only park in guarded parking spaces. Virtually every supermarket, shopping mall, doctor’s office, restaurant and even churches have parking attendants to keep an eye on the parked cars. As a small ‘obolus’ you give these parking attendants one, two or evenings when you return and three or five N $ for longer parking periods.

After all, you should make sure to always move and dress in such a way that you minimize possible risks. Those who dress like a normal native European have a significantly lower risk of being ‘mugged’ (mugged). But if you come out as a “tourist” with safari clothing, trekking shoes, hat and belt bag or (even worse!) With the daypack carried in front of your stomach at a distance of 1 km, you automatically (and above all completely unnecessary) become ‘potential prey ‘, so promising, easy prey for criminals. If you are still walking in the dark in the vicinity of the typical tourist hotspots such as Joe’s Beerhouse in the Eros district or the Warehouse Theater in the Central Business District, you can have your wallet and watch ready…!

As a local expert or as an expatriate working on site, you quickly learn where, when and how to move around safely in the respective place of residence and where and when there is a risk of danger. If you adhere to these precautionary measures, you can feel just as safe in Namibia as elsewhere. There is of course no such thing as absolute security and the risk is and remains significantly higher in Namibia (as in many other African countries) than in Germany and other Western European countries, for example. 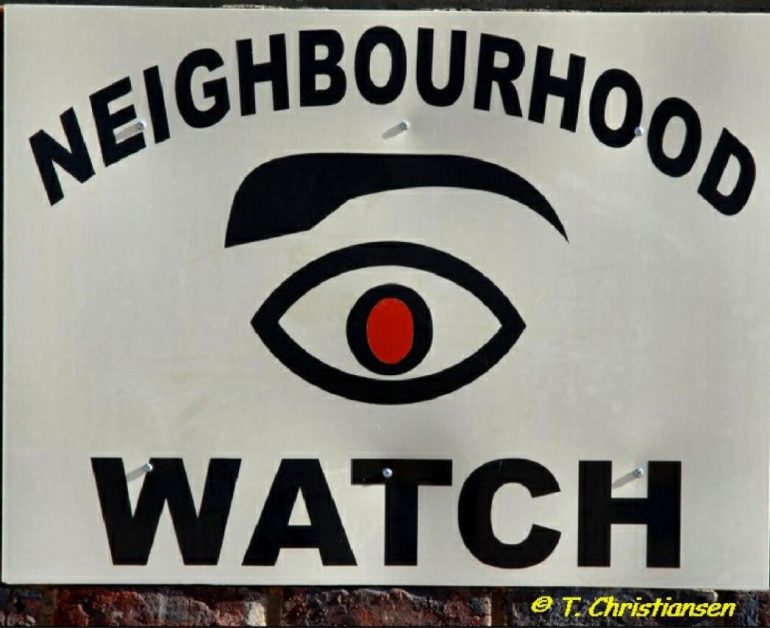