The cultural scene and cultural offerings are very manageable in Namibia, which of course is also due to the country’s relatively small population and the small size of its cities. The cultural offer is mainly concentrated in the capital Windhoek, as it has the largest number of potential buyers with around 375,000 residents. In addition to Windhoek, Swakopmund and Omaruru in particular offer interesting cultural opportunities. Omaruru in particular is very active in this regard and has now made a name for itself as the secret ‘cultural capital of Namibia’. Numerous artists have settled in Omaruru who are very active and imaginative in promoting and promoting this development.

According to zipcodesexplorer, much of what is offered in Namibia in the cultural field can perhaps best be characterized as semi-commercial and semi-professional. In addition to the various cultural centers such as the Goethe Center, the British Council or the Franco-Namibian Cultural Center (FNCC), some of the large private schools also offer important platforms for presentation. But larger companies such as banks, breweries and large supermarket chains are also involved in promoting culture and sponsoring events and exhibitions.

Among the schools is particularly the German Higher Private School in Windhoek (DHPS)culturally very active. The DHPS not only shows music and theater performances by its own students, but is also occasionally the stage for performances by external artists. As part of cultural funding, both local artists are supported (e.g. through exhibitions by Namibian painters, sculptors, photographers) and foreign artists are invited to Namibia. There are traditionally close cultural relationships, especially with the ‘big brother’ South Africa, but also and especially with Germany. A professional and professionally marketed cultural scene (e.g. full-time theater ensembles, orchestras, film companies, directors / producers) as well as actors and singers who are well-known abroad beyond Namibia have so far only been rudimentary.

There are also various traditional festivals, such as the Marula Fruit Festival, which is also part of the intangible world cultural heritage of UNESCO.

The cultural trends in Namibia are still mainly imported from abroad (South Africa, USA, Europe), the local cultural scene still seems to lack the necessary ‘critical mass’ to develop its own Namibian-specific trends, which then also affect the neighboring countries could be exported. To this day there are hardly any Namibian artists who are internationally known, such as a Miriam Makeba in South Africa. Photography may be an exception. There are several Namibian photographers here who are perhaps not world-famous, but whose pictures, especially in nature and animal photography, are definitely world-class.

In the field of literature, only a few authors have distinguished themselves internationally. One example would be Giselher W. Hofmann, whose novel “The First Born” was also published in Germany. Another important Namibian author is Neshani Andreas, who died in 2011. In the field of music, too, Namibian artists are mostly only known nationally and at best regionally, such as the Namibian Kwaito artist and rapper Eric Sell, better known under the artist name “EES”.

EES is a young Namibian of German descent who has developed his own style. His songs are a mixture of South African Kwaito elements, Hip-Hop and Afro-Pop, sung in English and occasionally in the typical ‘Southwestern’ slang German, which has ‘Germanised’ numerous English and Namibian-specific expressions. His songs and the accompanying music videos conveyed the typical Namibia lifestyle that Namibia lovers appreciate so much about the country. A good example of this is the video for his new ‘Sundowner’ song. EES has received numerous music awards in recent years.

One of the most important visual artists is John Muafangejo, who died in 1987 and was best known for his expressive prints. The National Art Gallery gives a good overview of the art scene in Namibia. Other interesting museums include the National Museum of Namibia, the Independence Memorial Museum, and the National Earth Sciences Museum.

The annual cultural festival at the Namibia University of Science and Technology Namibia gives an insight into the traditional dances of the different population groups of Namibia.

Namibia does not have a state religion. Religion is a private matter and plays a rather subordinate role in public life. It is therefore not nearly as present as it is in Islamic, Hindu and Buddhist countries. The majority of the Namibians (approx. 90%) are Christians, there are also followers of natural religions and a few Muslims. The latter occur predominantly in the cities, are predominantly Sunnis and mostly immigrants and expatriates from other African countries.

The high degree of Christianization, which is well above the African average, is a result of the lively missionary work that began very early (as early as the 19th century), especially by the Lutherans. The Protestant missionaries were active earlier in proselytizing and therefore much more successful than their Catholic colleagues. Today around 50% – 60% of the Christians in Namibia are Lutherans, only around 20% are Catholics. The remaining 30% are distributed among Anglicans (approx. 10%) and numerous smaller churches such as the Dutch Reformed Church, Adventists, Baptists, etc.

Some ethnic groups (especially the San, Himba, but also Herero) combine elements of natural religions with Christian doctrine, and the belief in witchcraft is still very widespread in large parts of Namibia. The Herero rites, which are still very important in everyday life, for example in relation to the “sacred fire”, are extremely interesting.

Namibians are very tolerant of religion. As already mentioned, religion is viewed as a private matter and the prevailing attitude is that everyone “should be saved according to his own style”. Religious conflicts do not play a role in Namibia. 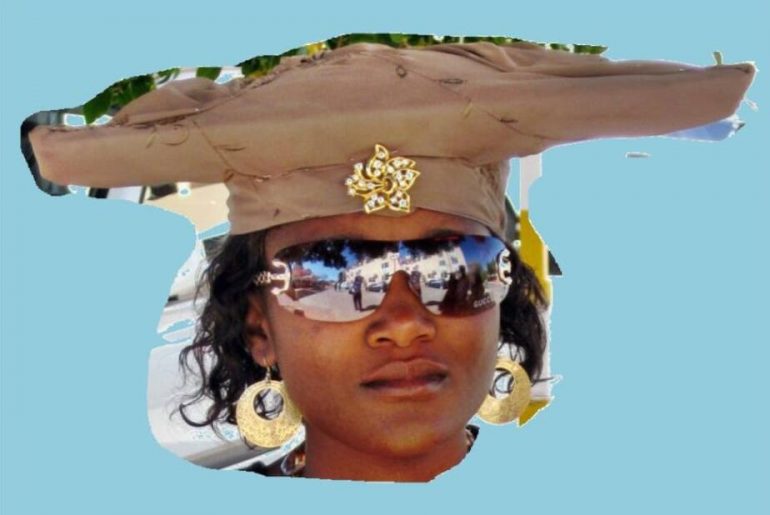