Namibia has always received extensive development aid in the past and this is still the case today. In the first 20 years after independence alone, Namibia received an average of around 95 million euros per year in bilateral development aid (OECD countries plus European Community). In addition, there were other grants from the World Bank and various UN organizations, as well as support from countries outside the OECD (e.g. China).

Between 2010 and 2014, in addition to ‘normal’ development aid, Namibia also received high grants from the Americans’ Millennium Challenge Account (MCA) program, which is limited to four years. The MCA program comprised investments of US $ 304.5 million, which was approximately € 230 million or N $ 2.3 billion at the time. The MCA program invested these funds in numerous projects in the fields of education, agriculture and tourism promotion. In addition, the Americans and their state development aid organization USAID in Namibia have always been involved in the fight against HIV / AIDS.

According to softwareleverage, numerous donor organizations have an office in Windhoek, for example the UN with the United Nations Development Program (UNDP) and the United Nations Information Center Windhoek, and the European Union also has its own EU representation or embassy here. The World Bank is also active in Namibia, but does not have its own branch there. The activities of the World Bank are administered and controlled through the World Bank office in South Africa. Finally, the African Development Bank (ADB) is involved in projects and project financing in Namibia. The ADB Namibia Country Strategy Paper 2014 – 2018 provides a summary of the ADB’s activities in Namibia.

The scope and direction of German development aid in Namibia have changed a little over the years. The focus of German technical cooperation with Namibia is currently on three areas:

German development cooperation with Namibia, which is coordinated by the BMZ, is represented in Namibia by numerous organizations. In addition to GIZ (including CIM) and KfW, the Federal Institute for Geosciences and Natural Resources (BGR) and several political foundations are also active locally. GIZ and KfW have their own coordination offices in Windhoek (country office or ‘Country Office’). At the end of 2019, GIZ alone had 161 employees under contract in Namibia. 109 of them were local experts and administrative staff, 35 GIZ staff abroad, 11 development workers and six integrated experts.

Of the party-affiliated foundations, three have their own offices in Windhoek:

In addition, the Bundeswehr supports the Namibian Army (NDF – Namibian Defense Forces) with a small team of consultants and extensive supplies of material. The focus is on the areas of training and logistics. Finally, there are also a number of city partnerships (such as between Berlin and Windhoek) and various projects that are supported and coordinated by individual federal states (e.g. Rhineland-Palatinate).

Other countries also support Namibia bilaterally. For example, Spain, Japan and France are financing their own projects in Namibia. France is also present in Windhoek with a large cultural center (Franco Namibian Cultural Center (FNCC)). The Scandinavian countries and Luxembourg stopped their development aid to Namibia a few years ago, as Namibia has now been classified as an Upper Middle Income Country. Many Namibian politicians (including President Hage Geingob) are not exactly enthusiastic about this upgrade, as some former donor countries no longer classify Namibia as in need of support.

In addition to the funds from Western donor countries, there is an increasing amount of money from China. China has demonstratively increased its presence in Namibia by moving into a new, almost three hectare embassy site in the Ludwigsdorf district, showing that it intends to further expand its influence in the country. Almost all major government construction projects (such as the expansion of the airport and port of Walvis Bay, various road projects and the construction of government buildings) are firmly in Chinese hands. The business of Chinese companies is often actively supported by accompanying soft loans from the Chinese government (subject to certain conditions).

In addition to the previous targets of the Millennium Development Goals (MDGs), the main international guidelines for Namibian development are the so-called Sustainable Development Goals (SDGs) since 2016. The national guidelines for the development of Namibia are summarized in the ‘ Vision 2030 ‘ initiated by former President Sam Nujoma at the beginning of the new millennium. This still forms the basis for the five-year plans of the National Planning Commission (NPC) that build on it.. (Whether this ‘Namibia Vision 2030’, conceived at the beginning of the century, is still up-to-date and expedient as a framework for the development of the country and whether it sets the right development goals for Namibia appears increasingly questionable. (See also the detailed analyzes in the chapters “Economic problems” and “Economic development potential”.) 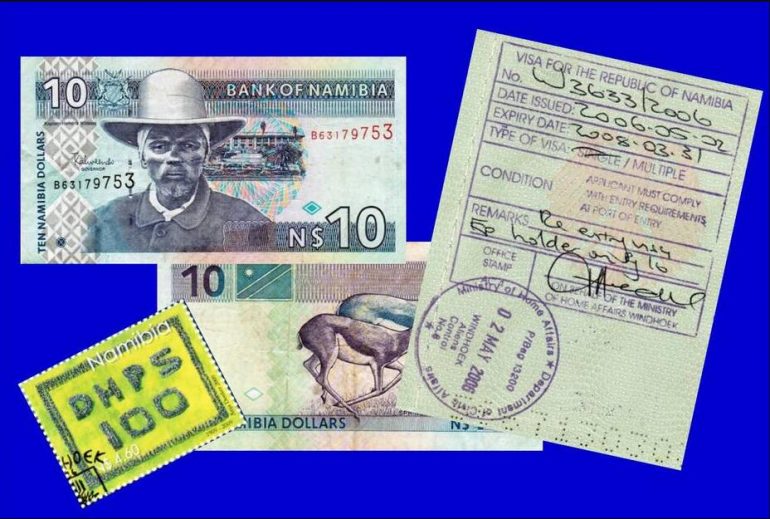