Opinion-forming personalities and institutions in civil society repeatedly accuse SWAPO of having still not really completed the transformation from a liberation movement to a ‘normal’ political party, even after 28 years. In fact, statements by high SWAPO officials regularly show that SWAPO still does not make a sharp distinction between party and government, nor between party and people.

For most SWAPO politicians, especially the ‘old guard’, the possibility that there could one day be a democratic change of power that would force SWAPO to form a coalition with other parties or even on the opposition benches seems to be hard to imagine. On the other hand, in view of a three-quarters majority in parliament and a ‘residual opposition’ fragmented into insignificance, this stance is not really surprising either.

It is extremely interesting and different from other African countries that the large majority of Namibians, strangely enough, do not seem to bother the fact that Namibia is in fact a (albeit democratically legitimized) one-party state due to the overpowering strength of SWAPO. Surveys by the organization AfroBarometer from 2012 showed:

“Based on the 2012 AfroBarometer survey, Namibians perceive a significant extent of democracy in the country and have expressed a high satisfaction with the democracy they experience. Yet, Namibians appear to have a weak demand for democracy. In 2002 this uniqueness led Keulder and Wiese (2005) to proclaim Namibia a “democracy without democrats” because the supply of democracy by the government and the ruling party far exceeded the demand for democracy expressed by Namibians. ” (Source: “BP144: The perils and complexity of democratic values ​​in Namibia”, AfroBarometer)

According to ethnicityology, the survey results suggest that there are clear differences in the perception of the political situation in Namibia between the ‘average Namibian’ on the one hand and the elite as well as the press and civil society on the other. Or, in other words: The self-image of SWAPO, for whose supporters their own party, government and country form more or less a unit, is apparently still shared by a large part of the population or at least accepted as a fact.

It is also interesting that even after its (at least formally) transformation into a ‘normal’ democratic party of a (at least formally existing) multi-party system, SWAPO still adheres to its socialist structures within the party. Terms such as “Central Committee” and “Politburo” as internal party decision-making levels seem increasingly anachronistic in view of the no longer socialist way of thinking and acting at SWAPO. On the other hand, clinging to the structures from the liberation struggle is also an indication of the worldview and the way of thinking of the politicians of the ‘old guard’.

It is also very interesting that the SWAPO – quite in contrast to its (at least formally) still ‘socialist’ internal structures – has built up its own, strictly capitalist-oriented economic empire over the years, the core of which is the party’s own “Kalahari Holdings”. A recently published investigative article in the daily newspaper The Namibian analyzes in detail the numerous, less than transparent links between SWAPO and its Kalahari Holdings and their holdings in state, semi-state and private companies.

The judiciary in Namibia is divided into three levels. The highest level is the Supreme Court, which is the highest court of appeal. The second level is made up of the High Courts (supreme civil and criminal chambers). The lowest level is formed by the Lower Courts, which are further subdivided into Regional Magistrate Courts, District Magistrate Courts, District Labor Courts and Community Courts. The Namibian legal system is based on the Roman-Dutch legal system.

In contrast to the legislature, the judiciary in Namibia is extremely independent from the executive. This can also be proven by the fact that the courts regularly issue judgments against the executive. The problems of the Namibian judiciary lie in their overload and low efficiency. Processes often drag on for several years and there is an enormous backlog of unprocessed cases – not least due to the high level of crime, which always causes new, additional proceedings.

The work of the police (NamPol) is regularly criticized – especially in the press. The allegations are always similar: the police are mostly inefficient and, above all, unmotivated and disinterested, and sometimes also react disproportionately. The police are neither able nor willing to carry out criminal prosecutions rigorously and effectively, especially in the case of burglaries in homes and cars.

As a consequence, since 2004, in addition to the normal police (Namibian Police Force – NamPol), a second police service has been set up for the capital Windhoek, the City Police, which is much better equipped and also works more effectively than NamPol. Within the city limits of Windhoek, the City Police has full police power in the areas of ‘Crime Prevention’, ‘Law Enforcement’, ‘Traffic Policing’ and ‘Enforcement of By Laws’. In the meantime it is considered to introduce this model of a special city police in Swakopmund. 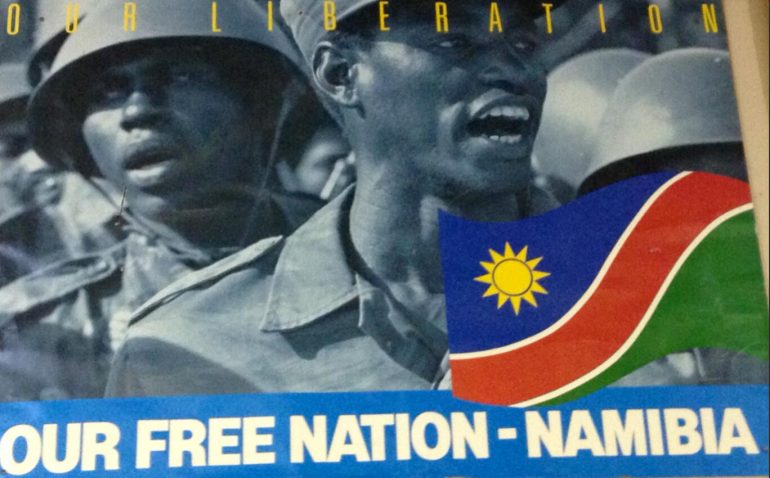