To improve the economic situation of a country there are two options: reduce expenditure and / or increase income. This also applies to Namibia. There are a few ways to reduce expenses. The potential to significantly improve the income side by expanding existing and developing new branches of the economy is limited.

A reduction in the constantly growing government spending would of course improve the economic situation in Namibia. According to physicscat, in Namibia – at least in theory – there is considerable potential for savings. As mentioned before, the state apparatus and the public administration for a country with just 2.5 million are clearly oversized and with no fewer than 19 (!) Ministries and a regional subdivision into 14 (!) Regions disproportionately large and expensive.

The same goes for most of the numerous Parastatals. The majority of these state-owned companies are also unnecessarily inflated, do not work profitably and only survive through regular support from state funds. Gradual downsizing, improved management and the privatization or partial privatization of parts of the Parastatals could save the Namibian state extensive expenditure. In this way, the annual new debt could at least be gradually reduced and there would be financial leeway for productivity-increasing investments that directly or indirectly improve the income side (e.g. infrastructure, training and further education, public safety).

The measures required for this (i.e. cutting jobs) would, however, meet with considerable resistance, both politically and (understandably) from those directly affected. In order to implement such unpopular measures, not only a strong position of power (which the SWAPO government would have in principle), but also a long breath and the necessary political will to implement the ‘right’ measures even against resistance and this strategy over five or ten years to persevere. The SWAPO government is at least not (yet) ready for this. Finally, the public service and the Pararstatals also serve as (state-subsidized) job creation measures, especially for the middle class. To drive a rigorous austerity course over several years here,

However, the catastrophic effects of the corona epidemic on the Namibian economy (see also the section “Current Developments” at the end of this page) could now lead to some of these painful but long overdue measures being tackled. On the one hand, the government simply has no other option from a certain point in time, on the other hand, Corona offers the government the opportunity to shift the ‘blame’ for such tough and correspondingly unpopular measures onto the pandemic. First developments in this direction (e.g. ‘corona-related’ wage cuts) can already be observed here and there.

Overall, if you look at the situation in an unbiased and realistic manner, Namibia simply cannot keep up with the extremely tough international competition of a globalized world in many areas of the economy for a variety of reasons, and it will hardly be possible to change this in the short and medium term. The ‘royal road’ out of the dilemma, the establishment of an internationally competitive ICT sector (information and communication technology), originally envisaged in 2004 in the ‘Namibia Vision 2030’, has proven to be unrealistic. This is now also admitted by numerous Namibian politicians and development planners, initially behind closed doors, but for some time now quite openly! Even President Hage Geingob recently admitted in various interviews that

The plan outlined in the long-term strategy paper Namibia Vision 2030 to more or less skip the development of a secondary sector (and especially the development of a normal ‘manufacturing’ industry) and instead focus on the rapid development and expansion of a technology-based secondary sector (E.g. production of hardware, electronics, etc.) and a tertiary sector based on it (software development, ICT-based services) made sense at the time, because it showed a (at least theoretically feasible) development perspective. Over the years, however, it quickly became apparent that this plan was far too ambitious and not feasible in practice. The dream and reality of the Namibian development thus diverged (and continues to diverge). Unfortunately for many years it was stubbornly ignored – also in public opinion – that the enormously successful economic development of many Asian countries (especially South Korea, but also Taiwan, Singapore, Malaysia, Singapore) cannot simply be transferred to Namibia, even if it is, for example in Kenya and Rwanda there are now corresponding successful approaches. Unfortunately, Namibia still lacks almost all of the necessary prerequisites for this.

Instead of looking overly ambitiously at areas in which the country – realistically speaking – has little chance of catching up with international competition, Namibia should concentrate more on areas in which it has comparative advantages or at least can occupy a niche. Namibia certainly has such comparative advantages in the production of alternative energy using sun, wind and biomass. The country could not only easily cover its own electricity needs with alternative energy, but also export a considerable amount of electricity to neighboring countries and maybe even get involved in the emerging hydrogen industry. A second area with (still) potential is tourism. Although this is already quite well developed, it is still capable of further development.

A realistically feasible and so far not nearly exhausted development potential of the country lies in the refinement of its animal products (especially meat and fish, but also leather and skins). For example, substantial proportions of high-quality beef and sheep meat could be developed into special Namibian delicacies for the European, American and Japanese gourmet markets with relatively little effort and know-how, instead of exporting the meat (as before) largely unprocessed. The same applies to fishing, which is currently either exported unprocessed or processed into mediocre canned fish. Aquaculture could also offer development opportunities in this area.

Countries such as France, Spain and, above all, Italy show how agricultural products can be refined in such a way that enormous added value occurs in the country. Serrano and Parma ham, Milanese salami, Chostorra / Chorizo, Cecina, Camenbert and Roquefort cheese or even Norwegian salmon and Thai prawns are not only high-priced and correspondingly profitable export items, but also ‘culinary ambassadors’ of the respective countries. In view of the excellent quality of beef, sheep and fish) one wonders why the country does not make more of these resources. In any case, there is enormous potential here to develop your own local specialties and market them worldwide as ‘Made in Namibia’.

A prerequisite for a change of direction in the Namibian economy would first be an unvarnished inventory of the actual situation and a realistic assessment of the actual potential. But this would also mean saying goodbye to a development ideal that has turned out to be unrealistic and which must now be replaced by a more realistic and pragmatic development strategy. 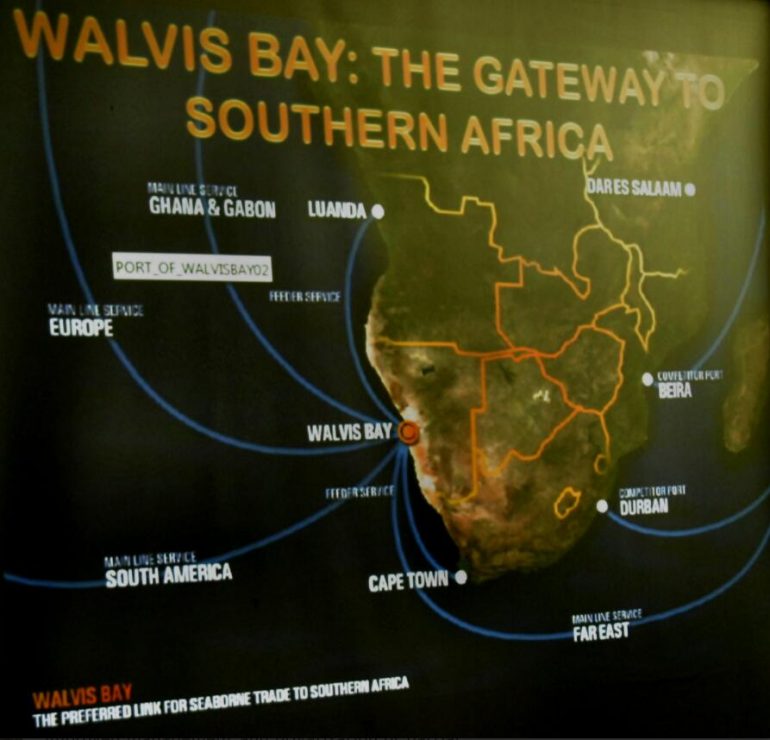