The Namibian currency, the ‘Nam Dollar’ (N $), has been pegged to the South African Rand at a ratio of 1: 1 for many years. All in all, this was and is definitely the right decision, as it considerably simplifies Namibia’s trade – especially goods imports and exports. In addition to a large part of the food, almost all capital and consumer goods have to be imported and well over half of all imports come from South Africa. The South African rand is also accepted as a second means of payment throughout Namibia.

However, according to pharmacylib, Namibia’s currency is at the mercy of any positive or negative development in the rand exchange rate: if the rand falls or rises, then the Nam dollar falls or rises to the same extent. During the Corona crisis, for example, the rand and thus the Nam dollar fell by almost 30% against the euro and US $ within a short period of time, which makes imports from overseas (e.g. oil, cars, machines, computers, etc.) immediately more expensive power. On the other hand, this (theoretically) makes holidays in Namibia cheaper for foreign tourists, which should stimulate the tourism industry. If in times of Corona no or only hardly any tourists come to the country, Namibia’s tourism sector does not benefit from this devaluation!

The still great dependency on the ‘big brother’ South Africa is historical. During the apartheid period, South Africa viewed Namibia as its ‘fifth province’, which was primarily supposed to provide meat and raw materials. South Africa was not at all interested in developing manufacturing in what was then ‘South West Africa’. Although South Africa’s share of Namibia’s imports has fallen from well over 80% in the meantime (2018) to ‘only’ 44%, South Africa is still by far the most important trading partner, even if China (with almost 17 %) Has overtaken South Africa (with only 15%).

For years now, Namibia has been spending significantly more than it is taking in, and the trade balance is correspondingly negative. Between 2009 and 2019 the trade deficit fluctuated between US $ 1.5 billion and US $ 3.9 billion (2019: 2.1 billion). A Trade Policy Review of the World Trade Organization (WTO) provides an overview of Namibia’s trade policy.

For the production and sale of the anyway limited range of Namibian products, the vanishingly small Namibian domestic market and the likewise limited regional market represent a considerable disadvantage. Namibia itself has only about 2.5 million residents and of these in turn only a small part (maybe 200,000 – 300,000?) Have a slightly higher income and thus corresponding purchasing power.

The neighboring countries also offer only limited market potential for Namibian products – apart from meat exports. During the apartheid period, South Africa was forced to produce many things itself and has built up a correspondingly broad domestic industry during these years. As a result, South Africa produces many products (especially food and simple everyday items) itself and, above all, much cheaper than Namibia can or could. As a result of the SACU (Southern African Customs Union) customs union, the food produced in Namibia has to compete with South African products which, despite the necessary transport, can usually be offered at significantly lower prices. What South Africa cannot deliver comes from China. Even if Namibia has certain things – e.g.

Unfortunately, other neighboring countries are only considered potential markets for Namibian products to a very limited extent. Botswana has only a small population of its own and Zambia, Malawi, Mozambique, Lesotho and Eswatini (formerly Swaziland) are too poor (and / or) too small to be able to play a bigger role as potential sales markets for Namibian products, from bankrupt Zimbabwe entirely to be foreseen. Angola could potentially be a sales market, but the country, whose economic development is linked for better or for worse to its oil exports, has been in a serious economic crisis for years. This is also noticeable in Namibia, where the petro-dollars of the rich upper class from the north are no longer as loose as before.

A very important problem of economic development are the numerous bureaucratic obstacles that potential investors (domestic as well as foreign) face in Namibia and which often make them desperate. In the latest Doing Business Ranking of the World Bank, Namibia only ranks 104 (!) Out of a total of 190 countries in the overall rating for ‘Ease of Doing Business’ and in some of the sub-categories that are used for the calculation, even only below the last 20 worldwide.

Namibia ranks 165th in the ‘Starting a Business’ category, which is out of the question, and 173rd in the ‘Registering Property’ category! Also places 138 for ‘Trading across Border’ and 127 for ‘Resolving Insolvency’ are not exactly suited to making Namibia attractive for (foreign) investors. Added to this is the lengthy, complicated and restrictive issue of work and residence permits for foreign skilled workers, extremely high bank fees and restrictions on the import and, above all, the export of foreign currency.

For comparison: Mauritius, which for years has also taken the top position in Africa in the good governance ranking of the Mo Ibrahim Index and can therefore definitely serve as a model for Namibia, is in this ‘Ease of Doing Business’ ranking 13th (!) Worldwide nine places better than Germany (22). 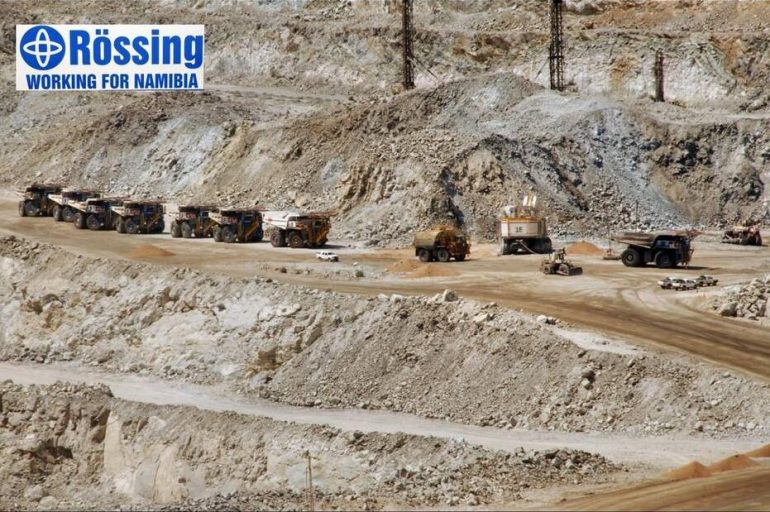