The bureaucracy inevitably results from the inflated and inefficient public service and the equally inefficient state-owned companies. This in turn has a direct impact on the government’s financial flexibility. In the meantime, Namibia has to spend the lion’s share of the government budget on personnel costs alone, so little is left for productivity-enhancing investments (e.g. in infrastructure).

According to philosophynearby, Air Namibia is just one of over 60 state-owned enterprises. With only a few exceptions, these so-called ‘SOEs’ or ‘Parastatals’ are usually inflated in terms of personnel, are incompetently and sometimes corruptly managed and therefore work accordingly inefficiently and deficitly.

The government and the public have known about the problem for a long time and it is regularly discussed in the press and even by the government itself, but unfortunately no improvement has been observed so far. Of course, this has very significant (negative) effects on economic development.

In addition to the problems mentioned above, there are problematic legal framework conditions that deter potential investors – both domestic and companies from the region and from Europe, Asia and America.

The first problem, smoldering since independence, is land reform in the commercial farm areas (and soon possibly in the cities as well). A large part of the approximately 5,000 hectare farms, which are primarily used for extensive cattle breeding, are still predominantly owned by white farmers, the majority of whom are Namibians of German origin. A redistribution in favor of black Namibians has been taking place since the mid-1990’s as part of the so-called “National Resettlement Program” and the “Affirmative Action Loan Scheme”. However, the results of both programs – especially with regard to the economic productivity of the farms – have so far been very disappointing.

After two postponements, the long-awaited second major national land conference was finally held in October 2018. This lasted a whole week and in an extremely open and democratic process gave all interest groups the opportunity to express their respective views, concerns and criticism, to discuss them and implement them in resolutions. Unfortunately, not all interest groups took advantage of this opportunity. Various Herero and Nama organizations, but also important NGOs, boycotted the conference, depriving themselves of the opportunity to use it as a platform for public discussion of their respective interests.

The land conference resulted in over 150 resolutions, which are now to be implemented in concrete measures. Whether and to what extent this will actually happen and, above all, what consequences (positive as well as negative) these measures will have (especially on the economic development of the country) cannot be overlooked at the moment. For potential investors (domestic and foreign) it remains unclear how things will develop in the next 10, 20 or 30 years. A development like that in Zimbabwe is hardly to be expected (at least in the near future), but there are definitely political forces in Namibia who sympathize with such a radical ‘Zimbabwean way’, despite the catastrophic economic effects.

A second problem or a great uncertainty for investors is NEEEF, the National Equitable Economic Empowerment Framework. The aim of NEEEF is to involve ‘formerly disadvantaged’ Namibians more in companies in the country. These are still to a large extent either in foreign hands or in the possession of ‘white’ Namibians. Basically, the idea of a broader diversification of ownership is certainly to be assessed positively at first. In practice, however, this would mean that private companies (above a certain size) would be legally forced to accept ‘formerly disadvantaged’ Namibians as shareholders of the companies. From the point of view of an entrepreneur or investor, it is certainly understandable that such a compulsory regulation is completely unacceptable for the owners of many (especially small and medium-sized) companies. It would certainly deter new (and especially foreign) investors from investing in Namibia in the long term, especially since it is still quite unclear how such a law would then be implemented in practice. A draft law (the so-called ‘Bill’) for NEEEF has been discussed again and again since 2011, but NEEEF has not yet been passed by parliament as a law.

All in all, Namibia has a number of economic problems. Some of these are of a structural nature and cannot, or can only hardly, be influenced. This concerns, for example, the climatic conditions, the peripheral location of the country, the world market prices for mining products and the strong dependence on South Africa. Other problems are theoretically solvable, but politically sensitive and difficult to implement (e.g. downsizing and increasing efficiency in public administration and state-owned companies or land reform). And finally there are things that could be improved and potentials that have not yet been or not sufficiently exploited. The following section, “Economic Development Potential”, focuses on this third category. 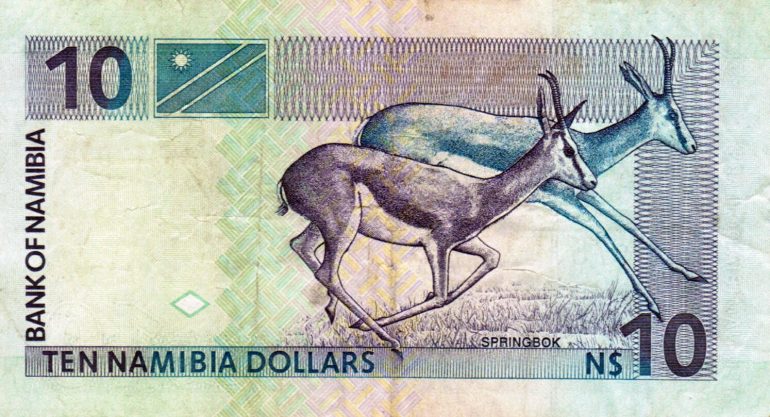