The health system in Namibia shows parallels to the education system in some respects. Here, too, there is a class society and the health system also suffers, at least in the state sector, from inadequate qualifications and motivation of its employees, both of which are again at least partially the result of poor working conditions and pay.

Even more important than the number of doctors per se, however, is how the existing doctors are distributed regionally and which clientele they prefer to treat. For understandable reasons, most doctors try to work in private medical practices and clinics, where they find significantly better working conditions and can earn a much higher income. In addition, the doctors naturally concentrate primarily on the larger cities in the country, which offer an attractive infrastructure and quality of life. The private health sector thus forms the second level of health care in Namibia. As a result of the suction effect of the private facilities on qualified personnel, only a few doctors remain for the state health facilities. and these are often not the most experienced and best qualified. Whoever can afford it in Namibia renounces the state offer and prefers privately practicing doctors and private hospitals. The range and level of medical services and know-how in the private sector of health facilities is quite comparable with the standard in Western Europe.

For special treatments and interventions, however, the necessary specialists are often lacking in Namibia, so that the Namibians who can afford it often prefer to fly to South Africa for more difficult interventions and more specific therapeutic measures (usually to Cape Town). From this a real health tourism has developed between Namibia and South Africa. This international backup variant of care thus forms the top tier of the Namibian health system. Specialists from South Africa are also regularly flown in to Windhoek in order to carry out special treatments and complicated operations on site. In 2008, with the help of a team of 12 from South Africa, open heart operations were performed for the first time in Windhoek.

Due to the inadequate medical care in the area – both qualitatively and quantitatively – the state of health of large parts of the population is considerably impaired. Namibia has an infant mortality rate of 45.6 deaths (in the first 12 months) for every 1000 births. That is 13 times higher than in Germany and still 4.5 times higher than in neighboring Botswana. Tuberculosis, which hardly ever occurs in many other countries due to appropriate vaccination measures, is still a considerable problem in Namibia. Namibia brings up the rear in all of Africa.

The HIV / AIDS rate has fallen in recent years from around 16% (2014) to ‘only’ 12.1% (2017, based on the population between 15 and 49 years of age). There are considerable differences both regionally and between age groups. Even with a prevalence rate of ‘only’ 12%, Namibia remains one of the countries with the highest AIDS rate worldwide. For comparison: Lesotho has a prevalence rate of almost 24%, South Africa of 19% (again based on the age group 15 to 49 years). In Germany the corresponding figure is 0.2%.

Windhoek and other larger cities in Namibia provide solid basic care for common illnesses and injuries to those who can afford it. For special treatments, one is still dependent on know-how from South Africa. Higher earning Namibians and foreigners usually fall back on private doctors and private hospitals in the event of illness, as the state hospitals do not even come close to the standard in Europe.

General practitioners often work with several colleagues in a group practice. Such practices are often in the immediate vicinity of hospitals. The best hospitals in Windhoek are the Roman Catholic Hospital in the city center, the Mediclinic in the Eros district and the new Lady Pohamba Private Hospital in the Kleine Kuppe district. Swakopmund provided evidence of the very good level of the private health sector in 2007. It came into the focus of the world press when the celebrity couple Angelina Jolie and Brad Pitt came to Namibia to give birth in Walvis Bay.

Common treatments and operations are not a problem, at least in Windhoek, Swakopmund and other larger cities. It becomes more difficult when specialists are needed. There are only two or three specialists in skin diseases in all of Namibia, and some of them only come in from South Africa for one to two weeks per month. For more complicated operations and treatments, many wealthy Namibians fly to Cape Town, Johannesburg or Pretoria for medical treatment.

The private health service is strictly organized commercially. Medical services usually have to be paid for immediately and private hospitals (even in the event of accidents) demand a high advance payment immediately if the cost of insurance is not clearly clarified. Such prepayments can quickly amount to several thousand euros. You should therefore take this into account and take appropriate precautions.

In the rest of the country health care is not of the same standard as in Windhoek and possibly Swakopmund, Walvis Bay and Otjiwarongo. Solid basic medical care is available in most of the larger towns, but in the event of serious accidents, patients are often transported to Windhoek as quickly as possible – sometimes by plane or helicopter – for better care. 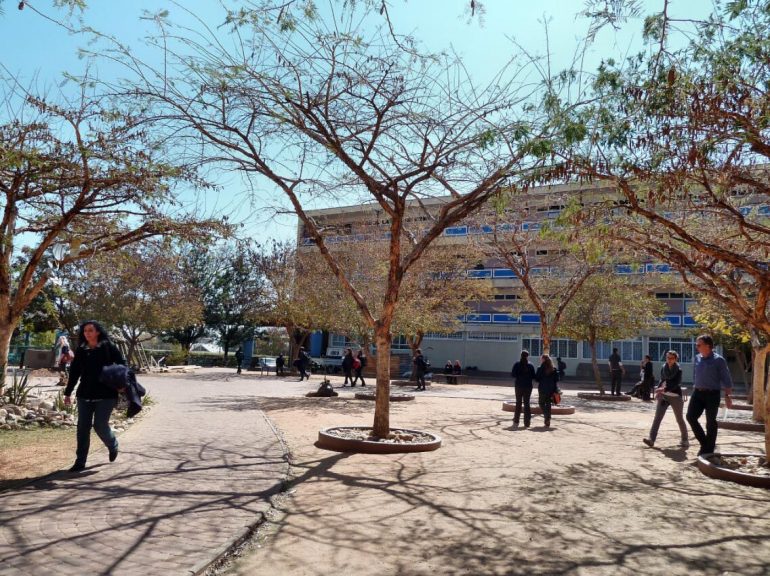