The mothers and fathers of the Namibian constitution faced a problem with independence. Which of the many languages should be included in the new constitution as the official language? Afrikaans, the lingua franca of the former Protectorate of South West Africa, was the language of the South African ‘occupiers’ and was therefore out of the question. Neither is German, the language of the former colonial power. Oshivambo, the main language of the Ovambo, was (and is) the mother tongue of a significant part of the Namibians, but its establishment as the official language of the young country would have provoked considerable resistance from the other ethnic groups and made the (politically wanted) process of ‘nation building’ much more difficult. The only compromise that was acceptable for all ethnic groups was the decision to make English the official language, although English is only the mother tongue of a tiny percentage of Namibians.

In retrospect, this decision turned out to be as wise as it was efficient, despite certain problems, especially in the lower grades. The fear of the other ethnic groups of being dominated by the numerically predominant Ovambo was significantly reduced by this decision. With English as the official language, equal opportunities for jobs in the public service were created for everyone, as English is a foreign language for almost all Namibians. In addition, as the official language, English facilitated economic development and was certainly of particular benefit to the development of tourism.

In addition to English, Afrikaans and German continue to play an important role in public life. Many black Namibians have German first names such as Wilhelmina, Anton, Renate etc. For many qualified positions, especially in trade and management and above all in the tourism sector, job advertisements are almost always trilingual: English, Afrikaans, German. Oshivambo, on the other hand, is only of regional importance, primarily of course in the core area of ​​the Ovambo in northern Namibia.

In addition to Oshivambo, there are a number of other native languages. Some languages are spoken by two ethnic groups, while on the other hand one ethnic group speaks several different languages. Both the Herero and the Himba both speak the same language (Otjiherero). The Nama and Damara (whose core areas of origin are spatially quite far apart) speak languages that are very similar and allow Nama and Damara to communicate with one another without any problems. The Ovambo, on the other hand, speak and understand Oshivambo in their majority, but have several languages and even two different written languages. This is just as complicated with the Kavango.

According to agooddir, German is particularly present in Windhoek and Swakopmund, but it is also widely spoken in Omaruru, Okanhandja and Otjiwarongo. Since Namibia-Germans are particularly well represented in the retail trade and handicrafts, but above all in the tourism sector, and occupy key positions here, German visitors to Namibia see German as an omnipresent language in everyday life. It can happen, for example, that in the Windhoeker “SuperSpar”, the largest supermarket in the country, the shop assistants at the bread or meat counter speak to you in accent-free German: “We have nice liver sausage on offer today! May it be a quarter more?” 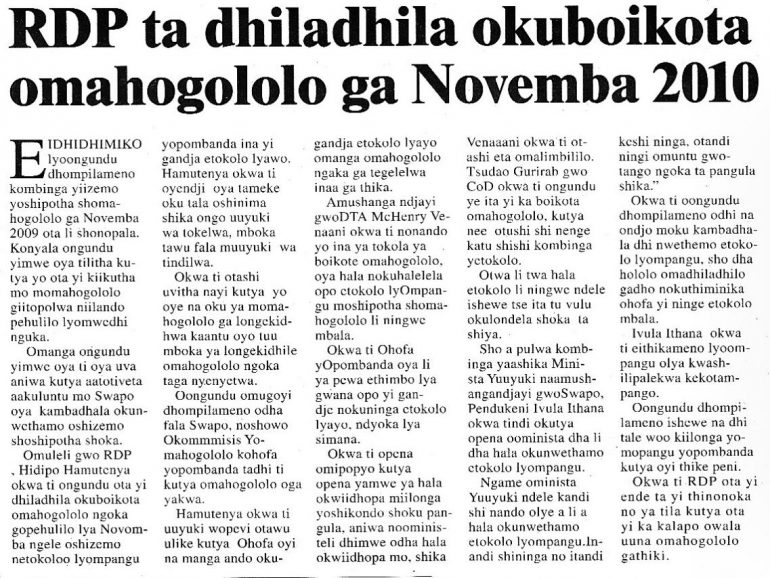