Namibia’s economic starting position when it gained independence in 1990 was significantly better than that of most other African countries, as the following assessment by Robin Sherbourne, Namibia’s most renowned economist, shows:

“Yet the reality is Namibia enjoys advantages which many other countries would envy: a long coastline, a great climate, abundant natural resources, stunning landscapes, wonderful infrastructure, low levels of public debt, a functioning and relatively clean civil service, a sophisticated legal and business infrastructure, friendly neighbors, and the goodwill of virtually every other country in the world. ” (Sherbourne (2010): Guide to the Namibian Economy 2010, p. 8).

The quote refers to the situation in 2010, but was also true in 1990. Upon independence, the SWAPO government took over a country that was – at least economically – in very good shape. Due to the almost 1,600 km long coastline, Namibia has access to the fish stocks and mineral resources in an almost 575,000 square km “Exclusive Economic Zone” (EEZ). In addition to fishing, large on-shore and off-shore diamond deposits, extensive resources of uranium and a number of other mineral resources enabled considerable export revenues, which could be used for the construction and development of the country.

On top of that, with the cession of the enclave Walvis Bay in 1994, South Africa gave the still young Republic of Namibia a belated but extremely valuable subsequent gift of independence. With the takeover of Walvis Bay on Feb. 28, 1994, Namibia suddenly had a new, well-equipped deep-sea port that is logistically ideally located to the capital Windhoek and is also in the immediate vicinity of the country’s large uranium deposits.

The scenic beauty of Namibia and numerous tourist attractions such as Etosha, Sossusvlei, Fish River Canyon, Kaokoveld or the Skeleton Coast opened up enormous potential for the country to develop and expand a high-quality and profitable tourism industry after the international sanctions were lifted. The political and economic framework conditions were also favorable. In 1994 Namibia’s per capita income was four times the median income in sub-Saharan Africa and the country was practically debt free.

According to eningbo, there is light and shadow in the tertiary sector. At first glance, what appears to be a gratifyingly high proportion of GDP (now around 60%) conveys a misleading picture. A considerable share of the GDP share of the tertiary sector is namely due to the considerably oversized public administration produced. Their services contribute to GDP, but do not generate any ‘tradable’ added value for the country. Most of the services provided by the public sector could (from a purely economic point of view) easily be provided much more efficiently and with far fewer staff, provided that staff were well trained, well equipped and better motivated. The public service and the numerous semi-public ‘state-owned enterprises’ are (as in many other developing countries) in Namibia too inflated and – with a few exceptions – sluggish, inefficient and – as regularly discovered by the media and denounced – sometimes incompetent and corrupt.

One success story, on the other hand, is – apart from the current exceptional situation caused by corona – the development of tourism. Namibia has been one of the top tourist destinations in Africa for many years. The country has positioned itself excellently in this area since independence, to which above all the private sector has contributed. In contrast to the private sector, the semi-state company Namibia Wildlife Resorts (NWR), which manages the service facilities and accommodation in the Namibian national parks, suffers from management and efficiency problems similar to most of the other Parastatals (see also “Economic Problems”).

The number of tourist arrivals has risen steadily in (almost) every year since independence, from just over 200,000 in 1991 to 600,000 in 1998, 778,000 in 2005. In 2011 the tourist arrivals exceeded the one million mark for the first time. All in all, after independence, tourism in Namibia, at least in the private sector, has developed into a professionally managed economic factor that does not need to fear any comparison anywhere in the world. From a macroeconomic point of view, the tourism industry has become the third important factor for the country’s gross domestic product (GDP) and one of the most important sources of foreign exchange, alongside mining and fishing.

In contrast to mining and fishing, which only create a relatively small number of jobs for the local population, the tourism industry is also very labor-intensive. Apart from agriculture, it is the only economic sector that offers jobs on a large scale (and continues to grow), especially for low-skilled workers. According to the current (2018) Economic Impact of Travel & Tourism Report of the World Travel & Tourism Council, 14% of all Namibian jobs were directly or indirectly dependent on tourism in 2017 – with a further upward trend.

The basis of this success was and is above all the entrepreneurial initiative of the many small companies that characterize Namibia’s tourism sector. A wide range of lodges, guest and hunting farms, tour operators, specialized car rental companies, etc. serve a wide variety of target groups innovatively and flexibly with tailor-made offers. A second important success factor is the development and implementation of the ‘Conservancy’ concept (protected areas) and the Community Based Natural Resource Management Strategy (CBNRM) based on it. With CBNRM, Namibia has broken new ground and created an internationally pioneering tourism concept that has now also been adopted by other countries.

In addition to the tourism sector, the logistics sector is another positive exception. The port of Walvis Bay has developed into one of the best (if not the best) and most efficient ports in all of Africa and is consistently being expanded into the leading freight hub for the so-called ‘land-locked’ neighboring countries. Namibia uses its comparative advantage here, which results from the convenient location of Walvis Bay to the neighboring countries Zambia, Botswana, Zimbabwe, but also Angola and DRC (Congo) (see also chapter “Economic development potential”).

that the technical framework conditions in the ICT sector have improved significantly in recent years. The development and expansion of telecommunications and data networks are making rapid progress and in the field of training, new ICT courses are gradually building up some local know-how. However, it will be a few years before this (possibly) leads to the establishment of a corresponding industry. 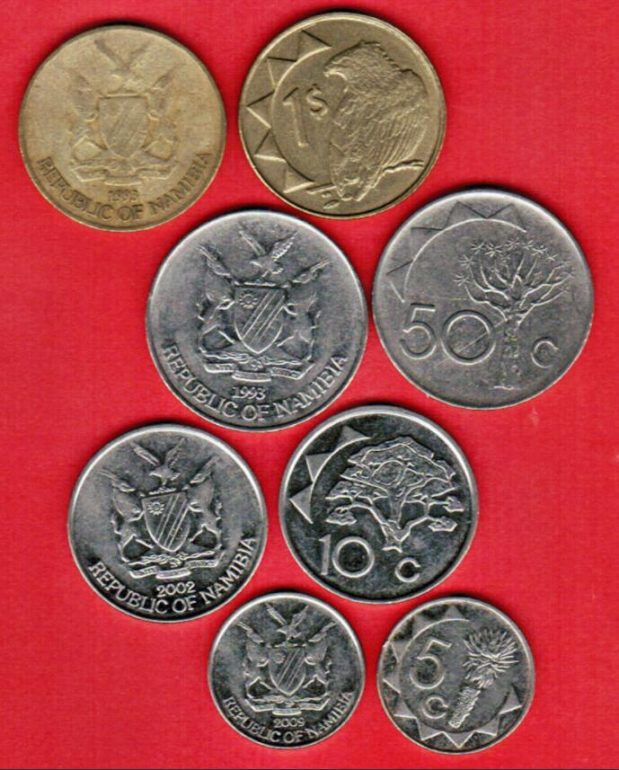