A big, unsolved problem is still the land question. One of the most important domestic political events was undoubtedly the Second National Land Conference, initially planned for September 2017 but then postponed shortly before the start of the event. This long-awaited and long-requested land conference finally took place from October 2nd to 5th, 2018 in the Congress Center of the Safari Court Hotel.

At the conference the now ubiquitous land question for the urban area and the rural parts of Namibia was discussed in detail and in this context also the results of the land reform since independence. This land conference was to a certain extent a follow-up event to the first major land conference, held shortly after independence in 1991, at which the principles of Namibian land reform, which are still applied today, were established.

The land question was discussed openly and controversially at this land conference. Various Nama and Herero groups as well as civil society organizations unfortunately canceled their participation shortly before the beginning of the conference and are likely to have done themselves (and the interest groups they represent) a ‘disservice’ by boycotting the conference. The majority of the Namibian population had little understanding that these groups refused to use the extensive national dialogue, which undoubtedly took place during the week-long event, as a platform to bring their positions and opinions into the discussion and decision-making.

More than a year later (January 2020), the topic of land reform / land distribution, which was pushed up by the land conference, seems to be of subordinate importance – at least in the media and in public discourse. The topic was increasingly overshadowed in 2019 by the poor economic situation in Namibia and the parliamentary and presidential elections held in November 2019.

Another interesting and very special chapter in the common history of the two countries is formed by the total of 428 so-called “GDR children” (often also called “Ossi-Namibians”). These are Namibians who were brought to the GDR as children before independence, mainly from the refugee camps in Angola and Zambia. Most of them were orphans and half-orphans of fallen SWAPO fighters. These Namibian children were to be trained in the GDR to become Namibia’s future elite, in order to take on key positions in Namibia’s post-colonial society after independence.

After the sudden fall of the wall with the collapse of the GDR and the almost simultaneous independence of Namibia in 1989/1990, neither in Namibia nor in Germany really knew how to deal with these children and young people. In what appeared to be a rather hasty action in retrospect, the ‘GDR children’ were brought back to Namibia very quickly and without thorough preparation, where many of them experienced a culture shock and had considerable adjustment difficulties.

According to hyperrestaurant, many of these children and young people had never been to Namibia before and the country was accordingly alien to them. Having grown up and socialized in the GDR from childhood, many of them no longer even spoke their native language properly. As Namibians with black skin and (East) German socialization, they suddenly found themselves in a completely new society and between cultures and felt they belonged neither to one side nor the other.

Almost three decades later, some of these GDR children actually made the leap into the new Namibian elite that was intended for them, but another part also broke down in the face of this challenge and lives in extremely poor conditions. Lucia Engombe describes the turmoil in her own socialization and the resulting split identity of being half Namibian and half ‘German’ (or at least being very strongly socialized in Germany) in her partial biography ” Child No. 95 – My German-African Odyssey “very haunting and vivid.

Germans and Namibians living together

Overall, the relationship between Germany and Namibia, also because of the approximately 20,000 Namibia-Germans (Namibians of German origin who have lived there for two or three generations), is a very special one, and this ‘special relationship’ is handled with particular sensitivity by both sides. What future the ‘Germans’ (or “Our German tribe” as they were occasionally called in speeches by ex-President Pohamba) have in Namibia and what role they will play in the future of the country will depend on how the Namibians of German origin and the non-German majority of Namibians get along with each other in the medium and long term But it will also depend on the extent to which the German-Namibians are politically active and thus contribute to the planning of the country’s future.

All in all, the coexistence seems to work out quite well – despite occasional irritations on one side or the other – and it is to be hoped that this will continue to be the case in the future. Unfortunately, the political integration of the German-Namibians has so far only been weak. German-Namibians remain almost invisible in the political debate, although they play an important role in business and civil society, for example. With a few exceptions, such as Calle Schlettwein (finance minister) or Anton von Wietersheim (formerly a member of the first Namibian government, later opposition politician), neither within the ruling SWAPO party nor among the opposition parties can you find Namibian-German politicians with greater influence on the Development of the country.

Some, especially older German-Namibians, view the development in Namibia and the future of the ‘German identity’ in the country with concern and skepticism, among other things because many of their children do not return to Namibia after training and studying in Germany, South Africa or the USA so the number and importance of Namibians of German origin in the country threatens to continuously decrease in the long term.

The German-Namibian Society (DNG) has made a great contribution to the German-Namibian relationship with numerous activities and projects for many years. With the ” Namibiamagazin ” the DGN has its own magazine that deals exclusively with Namibia and Namibia-related topics. 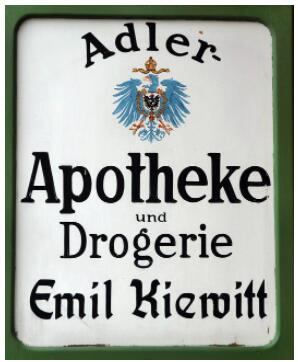