The Security Council consists of 15 members, of which five are permanent and have a veto. The permanent members of the United States, Russia, Great Britain, China and France have been members of the Security Council since its establishment in 1945. The remaining ten seats are for elected members. These states sit for two years at a time and rotate between all UN member states through a geographical distribution method. Each year, five of the ten elected members are replaced by five new members. The election is decided at the UN General Assembly, where two thirds of the member states must vote yes for the country to be elected to the Security Council. There is great prestige in a membership, and states often spend many years and large political and economic resources on the election campaign, both at the delegations in New York and in all other member countries around the world.

Today, the international rules of the game are being challenged from several angles, and these challenges are reflected in the Security Council. Among other things, we see that the dynamics among the five permanent members are not the same as before. Relations between Russia and the United States have not deteriorated since the Cold War, while confidence between the formerly united Western group (the United States, France and Britain) has fallen since Trump became president of the United States and Britain voted in favor of “Brexit”. This makes it more important than before that the elected members are ready to play a greater role in the Security Council.

3: Challenges Norway may face in the Security Council

The election campaign of the Security Council is often highlighted as a negative element in a possible membership. The media highlights the costs, voice exchanges in the back room and anonymous choices. An overall campaign can also affect foreign policy in that the country becomes more careful in directing criticism at other countries in order to avoid losing their votes in the General Assembly. An important assessment is therefore whether the resources invested in the election campaign for an elected seat in the Security Council are justified by what the country can achieve through a two-year membership.

The permanent members also have greater knowledge and experience of the Security Council’s procedures and case load, which indicates that the elected members have little influence compared to the five permanent members. The veto countries have years of experience in the issues raised in the Security Council, with large delegations and networks. When a country becomes a member of the Security Council, it will have to familiarize itself with the formal case processing rules and cases that are already being processed. It is therefore challenging for the new member state to discuss the matter in a good way.

In addition to the fixed power structure, there are also a number of informal structures that the elected members must deal with. It is often in reality through informal meetings and communication in the back room that decisions are made. Here, the diplomats’ personal abilities are put to the test, and experience and knowledge of procedures are central. Several of the informal structures have developed into customs (unwritten rules), which reinforces the already skewed division of power in the council. For example, since 2008, a pen holder scheme has emerged outside the Security Council’s formal working methods. In practice, the pen holder scheme means that the five permanent members are responsible for the various matters in the Security Council, especially the three western ones – the United States, the United Kingdom and France. This prevents the elected members from taking the initiative and formulating decisions.

4: What Norway can achieve as a member

Despite the fact that some believe that Norway will not get enough in return for the resources invested in the election campaign, there is much to be gained from being an elected member of the UN Security Council – if one knows how to use it.

Although it seems difficult for elected members to have influence in highly political matters, it is not impossible. An example is the difficult situation between the permanent members regarding Syria. In 2013, the elected members pushed Australia and Luxembourg to be pen holders for the humanitarian situation in Syria. This is the first time elected members have been pen holders, and they have passed on this role to new elected members. In 2017 and 2018, Sweden was one of the pen holders in the case, and despite high tensions among the permanent members of the Security Council, Sweden managed, among other things, to get through decisions on humanitarian access in Syria.

The decision was surprising because the situation in Syria has been completely locked in the Security Council. Tensions between different parties to the conflict exist both within and outside the Security Council’s walls. Initially, it is difficult to influence long-term international conflicts, but it would probably be even more difficult without a discussion platform. In the Security Council, the powerful countries have to hear everyone’s arguments, and sometimes elected members can gain support for their proposals and views. The elected members’ efforts in the Syria case show that one can have an increased influence in the formulation of international politics, even in the most difficult cases.

5: What role can Norway play?

Norway has a history in the Security Council, and has been a long-standing political and economic partner in the UN. The UN’s first secretary general was the Norwegian Trygve Lie. He established the UN in New York and made sure that the hall where the Security Council meets was designed by Norwegian artists. Norway has also been a member of the council four times – the last time in 2001-2002. In 2018, Norway launched its candidacy for the Security Council, in competition with Canada and Ireland for two western seats. If Norway is chosen to sit at the famous horseshoe table in June 2020, it will be 20 years since the last time.

Norway is a small country if you calculate by size and population, but Norway has other resources that allow us to have a more influential role in the Security Council than the size would suggest. Within the law of the sea, development policy and peace and reconciliation policy, Norway is a larger player than many larger countries. Norway also has a large foreign service with diplomats all over the world, and solid expertise in the UN system. This means that Norway enters the Security Council with great knowledge, and can take on the role of expert in several areas and promote openness and efficiency.

Small countries such as Norway can often play a mediating role in the Security Council. Norway has the advantage that large parts of foreign policy and values ​​overlap with the UN’s values ​​and goals, and Norway will therefore be perceived as an impartial country without underlying interests. This makes it easier to build bridges in difficult cases.

Through membership in the Security Council, Norway can contribute to drawing attention to the Nordic region and Europe. Norway has an important place in NATO, but is not a member of the EU. Norway can therefore often be perceived as a country with an independent voice.

6: Balancing between resource use and opportunities

The UN is not perfect, but it is the only forum where all the countries of the world are members. It is therefore difficult to see a better alternative than the Security Council for safeguarding international peace and security, despite weaknesses in the Council and several challenges in the event of membership. A traditional distribution of power and informal processes make it difficult for elected members to achieve influence and change. This may suggest that Norway’s resources can be used better elsewhere in foreign policy.

Facts about elections to the UN Security Council

According to AbbreviationFinder, these are members of the UN Security Council today: 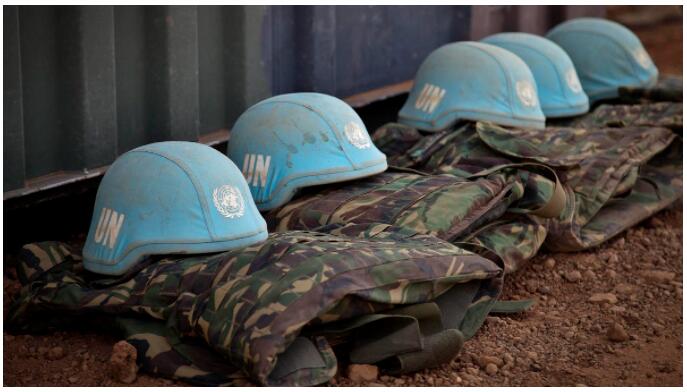